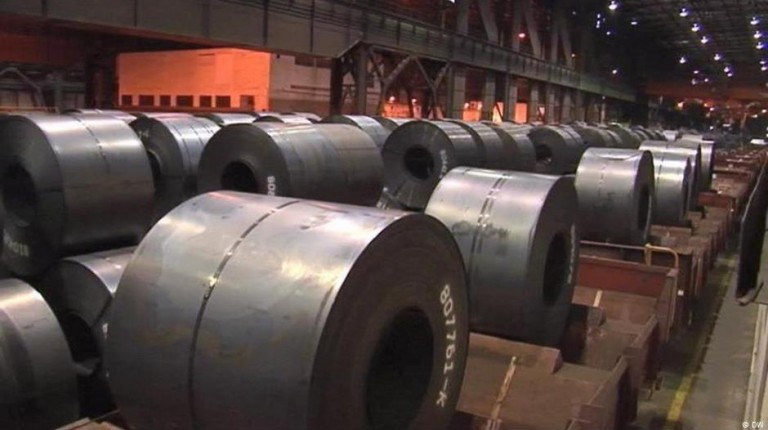 The research firm expected the company’s distributed dividend per share to be in the range of EGP 1.1-1.3, decreasing by 11-13% year-over-year in 2018.

The research firm also forecasted attributable net income to swing into positive territory in the second half of the year, securing additional funds and dividends received from Ezz Dekheila Steel, which is expected to maintain a generous payout during the year to finance its operations.

The consolidated financial statements of Ezz Steel showed that Egypt’s largest steelmaker turned a profit for the first quarter of 2018, helped by an increase in sales.

Meanwhile, a recent report issued by Acumen said that Obour Land’s stock moves are inexplicable up until now, but will target the EGP 22.78 level as long as it stays firm above the EGP 19.50 level.

On a separate note, a recent report issued by the Institute of International Finance (IIF) said that as the US dollar headed higher in May, investors pulled $6.3bn from emerging market (EM) funds, with bond outflows accounting for about two-thirds of redemptions.

“This sharp retrenchment was in line with portfolio outflows seen in May.  As a result, global fund investor al-locations to EM bonds have dropped to their lowest level this year, below 11.5%.  Although still moderate in comparison to the $13bn of bond outflows seen after the 2016 US presidential election, a closer look at the composition and determinants of recent withdrawals is troubling,” the report noted.

The report added that, while idiosyncratic country risks and rising trade tensions have been a factor, higher global rates, and the stronger dollar appear to be the dominant drivers of late underscoring contagion risk.

The resilience in EM bond funds in 2017 was due in large part to very strong flows to local currency bonds—inflows that continued well into April of this year.

Meanwhile, another research note issued by Fitch Ratings said that China’s debt reduction poses a major risk to the country’s economic growth, as well as to growth in the broader global economy.

Moreover, China’s campaigns to curb its corporate debt will lead to business investment possibly slowing down sharply, Fitch Ratings stated on Sunday, while predicting the growth in the world’s second largest economy to slow to about 4.5% in the medium term.

Moreover, the ratio of China’s corporate debt to GDP hit 168% in 2017, marking a very high figure by international standards, while it is set to rise again, given that nominal GDP fell to 8% from the unusually high rate of more than 11% in 2017, Fitch said.

If Beijing aims to stabilise its corporate debt ratio by 2022, nominal GDP could fall 1% on an annual basis, with business investment growth dropping 5%.

Such a scenario would mean that the global economy, particularly emerging markets with significant commodity dependence, or close trade ties with Beijing, could be largely impacted, but still could experience less severe impact than a full-scale steep landing, the New York-based agency noted.

Commodities would be one of the most affected areas, with an expected 5-10% drop in metal and oil prices, Fitch added.

Global commodity exporters would be affected by falling direct exports to China and weaker terms of trade, the agency stated.

Fitch’s model suggested a particularly critical impact on Chile, with a lower direct exposure in Latin America’s other major countries that are less dependent on Chinese demand.

Meanwhile, Mongolia would be the most vulnerable of Asian commodity producers, as China makes up for all of its coal and iron ore exports.

Energy and metal producers, such as Zambia, could also be affected, owing to China’s considerably increasing role as a source of financing in sub-Saharan Africa, the rating agency added.

Egypt amends some provisions of listing, delisting rules for EGX