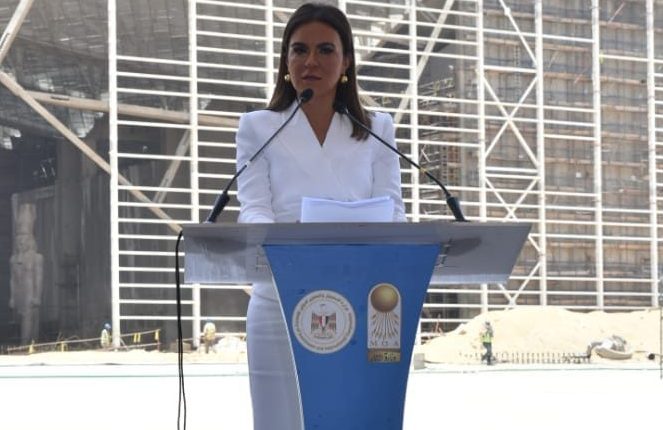 The Egyptian Ministries of Investment and International Cooperation, Antiquities, and Tourism announced on Sunday the beginning of the international bidding pre-qualification stage for facilities management and operations of the Grand Egyptian Museum (GEM).

Minister of Investment and International Cooperation Sahar Nasr said that the companies to bid for the GEM’s operations will be announced by mid-August, adding, “applicants are welcomed to visit the site within the second week of July. The submissions of the pre-qualifications are scheduled to be on Tuesday 24 July, while the opening of the envelopes will be on the following day, 25 July.”

Nasr noted that the GEM’s bidding process is a confirmation of the Egyptian government’s commitment to welcoming private sector participation in all economic sectors, adding, “for the first time, the Ministry of Antiquities is offering operation and facilities management for one of its main projects, the GEM, which is considered a landmark.”

Nasr said that the GEM is a cultural and touristic hub, adding that the museum’s investment opportunities will be posted on the Ministry of Investment and International Cooperation’s website.

“Investors are encouraged to explore the area and see the facilities. We are very proud of the GEM, which is considered one of the major cultural projects in the world and suits Egypt’s great civilisation,” said Nasr.

Meanwhile, Rania Al-Mashat, Egypt’s tourism minister, said that the GEM project is the world’s capital of cultural tourism near the historical area of the Giza pyramids, noting, “we would like to offer tourists a different and unique experience that reflects the Egyptian civilisation’s great history, mixed with modern technologies.”

Al-Mashat said that the GEM will display 50,000 antiquities, adding, “we pay great attention to developing the area of the pyramids in collaboration with Antiquities Ministry and other entities.”

“The GEM will be a new pyramid. It will include 100,000 antiquities, half of which will be displayed and the others will be in storage. It is not only a museum, but also a cultural complex,” said Minister of Antiquities Khaled El-Anany, adding that the project’s first stage will be inaugurated in Q1 2019.

The antiquities minister noted that over 75% of the project has been completed, adding that the political leadership strongly supports the project, according to President Abdel Fattah Al-Sisi’s directives and outgoing Prime Minister Sherif Ismail, who held regular meetings to boost its implementation.