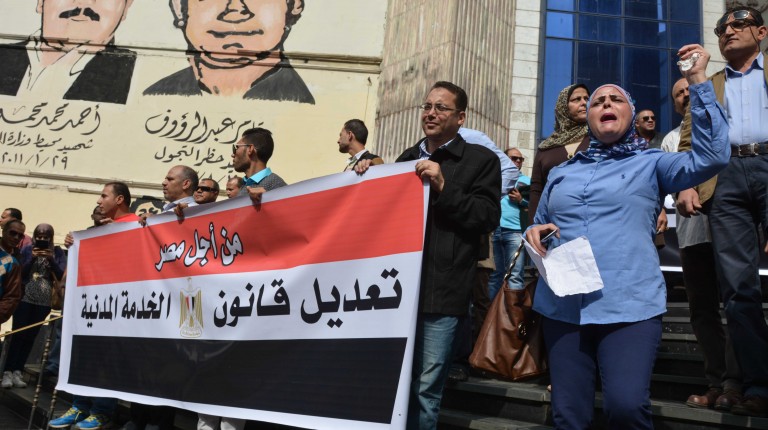 The decision will be applied at press institutions addressed by the Law on the Institutional Organisation of the Press and Media, along with its executive regulations.

According to the decision, published in the official state gazette, the maximum wage of state-run press organisations should not exceed the aforementioned amount due to salaries, remunerations, rewards, or for any other reasons such as incentives, additional remunerations for extraordinary efforts, allowance, or for attending meetings of boards or different committees.

The maximum wage shall not include the amounts paid for actual expenses, such as travel and accommodation expenditures.

It further stipulates that the maximum monthly wage shall be calculated on the basis of the total amount paid to a worker during the year divided by 12 months and shall be accounted for at the end of December of each year. Workers in the advertising departments of such institutions will be excluded, as they are paid commission.

In a similar context, Egypt’s Parliament, headed by Speaker Ali Abdel Aal, started on Sunday discussing the three draft laws regarding regulating the media and press in Egypt.

Parliament’s media committee completed its report regarding the laws for organising the press and media the previous day. A separate law will be discussed for the Supreme Council of the Media, the National Media Authority, and the National Press Authority, instead of one law regulating the work of the three bodies. It is expected that the new laws will result in radical changes in the three bodies.