A major productivity drop is expected to be witnessed in the Middle East during the months of June and July because of the 2018 World Cup, according to a survey conducted by online recruitment firm GulfTalent.

The FIFA World Cup will start in Russia on 14 June and end on 15 July. Matches will run each day between 12:00 pm and 11:00 pm Cairo time. In this year’s edition, four Arab teams have qualified, Egypt, Saudi Arabia, Morocco, Tunisia, which has particularly heightened Arab interest in the games.

Many matches will be played during the Middle East’s working hours and can be watched through live streaming on smartphones. Hence, the competition is primed to result in a particularly severe impact on productivity this year.

According to the GulfTalent survey’s findings, 92% of employees in the region plan to watch at least some of the matches. On a gender basis, the percentage is slightly lower among women, at 84%, as compared with 93% of men. 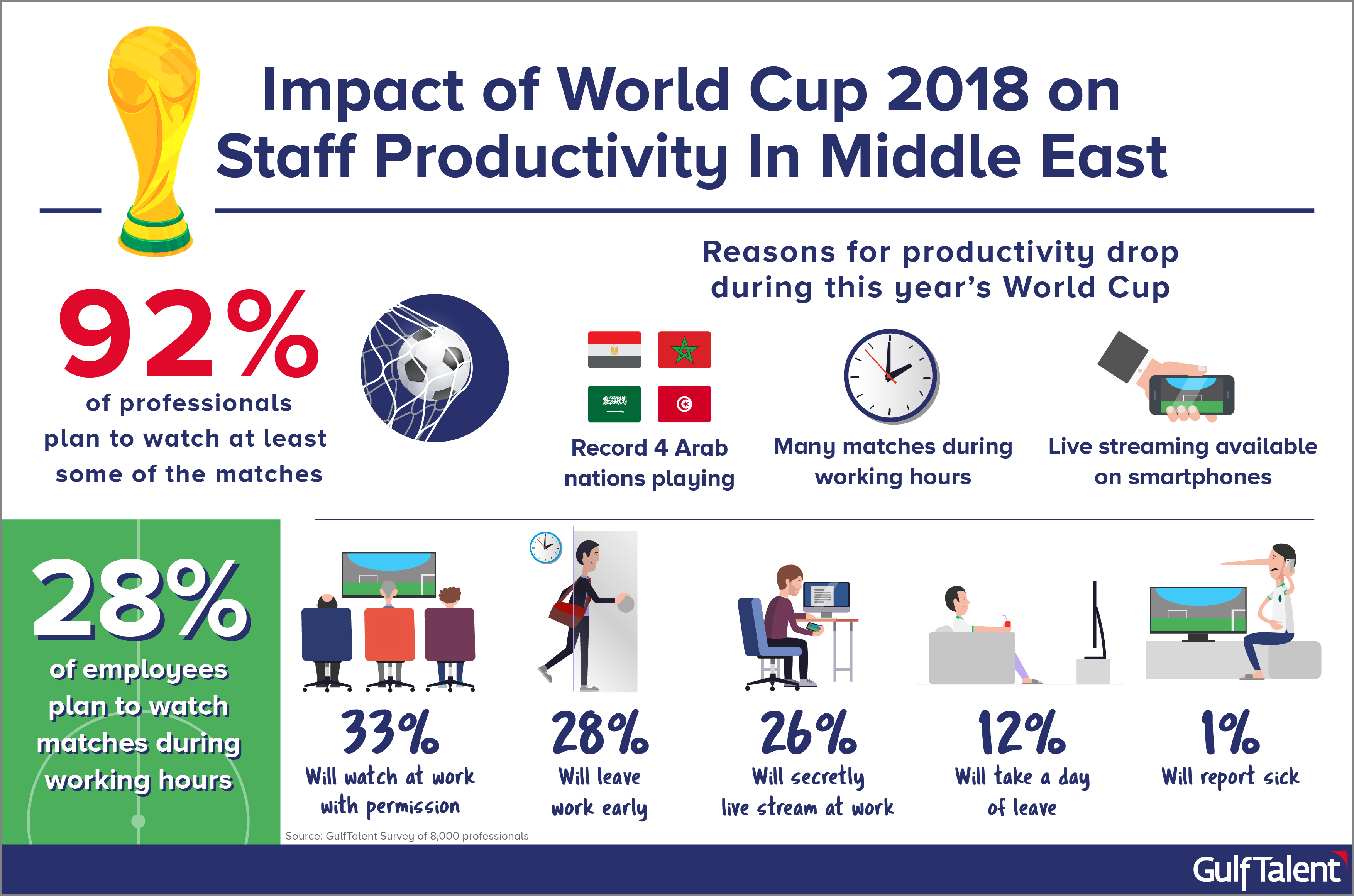 Over one in four survey participants (28%) admitted planning to watch some of the games during working hours. Of these, roughly one third expected that they would be given permission to watch the matches, while a quarter said they would secretly watch the games by live streaming them on their computers or smartphones.

On the other hand, some employees reported they would request a full day of annual leave, leave work early, or simply call in sick to watch the games.

Furthermore, almost two-thirds of professionals surveyed said they will watch the late matches even if it means sleeping late. When asked how this would impact their work the next day, 74% of them said they will simply cut down on their sleep in order to get to work on time. A further 17% said they will go to work late, while 8% will take the next day off as annual leave and 1% said they will call in sick.

Unlike non-managerial staff, who mostly resort to streaming on their phones, a sizeable number of senior executives plan to watch the games on company TVs.

The survey also asked managers how much flexibility they would allow their subordinates to watch the games. Overall, 67% of managers said they would consider allowing their staff to watch some of the games, provided workloads are not too heavy.