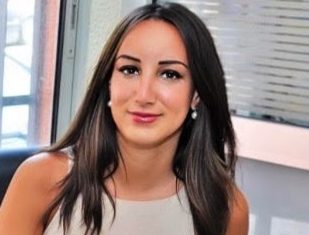 Throughout the past three years, Egypt has been through tough but necessary economic reforms, undertaken by the authorities and supported by the International Monetary Fund (IMF).

The reforms aim to improve Egypt’s public finances, curb the budget deficit, and get the currency shortage under control, all while achieving sustainable growth. The economic reforms came after several years that were marked by turbulence and uncertainty, with the Egyptian economy facing countless challenges, from political unrest and declining tourism to foreign currency and fuel shortages.

Hence, between September and November 2016, authorities introduced the value added tax (VAT), a free-floating currency, cut fuel subsidies, introduced social safety programmes,  and went on a borrowing spree from the International Monetary Fund (IMF), the World Bank, China, and others to finance its ambitious programme.

To review the three years of reforms, Daily News Egypt sat down with Oumnia Boualam, country director at Oxford Business Group (OBG) for Egypt, so she can share her insights, and the views of the global publishing, research, and consultancy firm, which publishes economic intelligence on the markets of the Middle East, Africa, Asia, and Latin America.

How do you view Egypt’s economic reform programme? Has it achieved its goals yet?

Each year, Oxford Business Group meets with 200-300 CEOs and business leaders across all sectors of the economy in order to understand the perspective of those involved in decision-making on a daily basis. Being able to combine these perspectives with the hard data that is available allows us to shape our analysis and to make sure it is the most verified information available on the markets we cover. We have been in Egypt for 15 years now conducting this kind of intensive research, and over the past few years, we have seen Egypt undertake a very comprehensive economic reform programme, which has included monetary and fiscal reforms geared towards strengthening public finances, shoring up international reserves, encouraging private sector growth, and building investor confidence. As part of this reform programme, we have seen, among many other steps, subsidies reforms and the introduction of a VAT aimed at balancing the budget, as well as legal and regulatory reforms like the new Investment Law and the new Microfinance Law. Regulations in banking, for instance, have been rolled out that require commercial banks to allocate 20% of their portfolios to SMEs by 2020.  All this suggests significant progress is being made on the regulatory front and that the implementation of these reforms is well underway. Nevertheless, despite the improved macroeconomic picture, there is still progress to be made on a number of fronts, including structural reforms, unemployment, closing the housing gap, and financial inclusion. We are now working on the research for The Report: Egypt 2019, so we will be following the economy as progress on these reforms continues.

What is the sufficient GDP growth rate to create enough jobs and achieve the aspirations of the Egyptian people?

GDP growth is one of several indicators of a country’s economic growth. According to this metric, Egypt has one of the fastest growing economies in Africa and the rate of economic growth is expected to increase as the country continues to reap the benefits of its ongoing reforms. According to the IMF, GDP growth is forecast to reach 5.2% this year and 5.5% in 2019, up from 4.3% last year. As you mention, and as has been highlighted by the IMF as well as President Abdel Fattah Al-Sisi recently, one of the biggest challenges facing Egypt is the rate of population growth which is approximately 2.4% per year. With a population today of around 97 million people, this creates a huge demand for housing and jobs. Recently, at the fifth National Youth Conference, President Al-Sisi said that GDP growth of 7.5% would be necessary to lift living standards in line with population growth.  A focus on education and financial inclusion will help the impact of these reforms and the accompanying economic growth to be felt by the population more broadly.

In your report, you said that Egypt’s tourism sector is expected to recover backed by growth in tourist arrivals. Do you think it can restore its 2010 status and share of GDP?

Tourism’s contribution to GDP in 2007 accounted for 19.5%. In comparison, in 2016, tourism’s direct contribution to GDP was 3.2%, although the indirect effects of the industry increased the total contribution to 7.2% of GDP. Expanding by 3.9% in 2017, the sector contributed to the upward revision of overall economic growth expectations for the country. Moving forward, the  industry should receive a boost from the resumption of direct flights to and from Russia, one of the country’s largest sources of international visitors, as well as from the diversification of source markets for tourists to Egypt and enhanced security. Egypt has all the necessary tourist attractions, whether beaches or historical sites, and it has the infrastructure to accommodate those numbers, so the focus for the sector now will be on promoting Egypt as an attractive tourist destination.

Will geopolitical risks (Turkey-Cyprus tensions, etc) be another stumbling block in the way of Egypt’s aspiration to become a regional energy hub?

When it comes to Egypt’s aspiration to become a regional focal point for hydrocarbon trade and power generation, many factors come into play. Geographical location is the obvious starting point. Being situated between Europe and sub-Saharan Africa, and North Africa and the GCC with a solid infrastructure that can accommodate local production, as well as additional capacity, makes Egypt a natural hub. The energy sector in Egypt is one where we have seen reforms being implemented and there are a number of projects to expand power generation capabilities and refining capacity, at the same time that new discoveries and increasing production are helping to reduce Egypt’s own import requirements. Recently signed memoranda of understanding with Europe and plans to share electricity with Saudi Arabia and Sudan indicate that Egypt is becoming increasingly important on the regional energy front.

How can the private sector tackle the education challenge, and how can governments assist?

Education is a sector where the challenges and the opportunities are closely tied to population growth. As the population grows, so does the burden on government-provided services if it is unprepared. Ensuring accessibility as demand increases is perhaps the top priority because the education the population receives now will have an impact on economic growth across the board in the medium to long run. The private sector can be very effective in tackling challenges in areas like these where a rising demand for services or capacity requires a rapid response. That said, it is equally important for there to be an efficient regulatory environment that enables investment in order for the private sector to be effective. If you’re building schools or clinics for instance, access to affordably priced land for building is just as necessary as having access to qualified staff. Allowing for creativity and freedom to come up with unique solutions should be balanced with ensuring that the care of education offered meets a certain standard. Moreover, as technology evolves, it should also provide additional solutions in both of these sectors and increase accessibility to quality services.

What are the main challenges that face the private sector in Egypt?

The challenges differ from one sector to the other. The cost of imports, for instance, remains a challenge for sectors that rely on imported base materials and the price and availabilty of land affects a number of sectors. While regulations and bureaucratic efficiency are improving, this is an area where business would like to see continued progress. Nevertheless, there is greater clarity regarding the economic outlook and increased confidence in the economic growth from last year, which has been driving interest in investment opportunities.