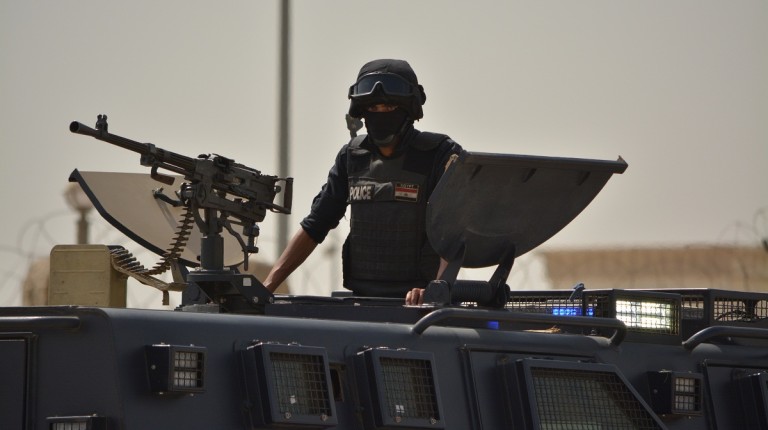 The Ministry of Interior announced on Sunday that it killed four men it described as “terrorists” in an exchange of fire near Al-Arish, in North Sinai, as reported by state-owned newspaper Al-Ahram.

The police did not state the identities of, charges against, or the affiliations of the dead men, but said that a security convoy acquired intelligence that confirmed the presence of the mentioned individuals in a vacant under-construction building in Al-Abydat neighbourhood.

The four alleged militants possessed an automatic rifle and a shotgun.

The armed forces usually helms operations in North Sinai, but in some cases, police forces engage in the fight against militants.

An extensive military operation, dubbed Sinai 2018, has been ongoing in the region since 9 February, leading the armed forces to kill dozens of alleged militants. In November 2017, President Abdel Fattah Al-Sisi vowed to restore stability by eradicating terrorism, placing the military and police in charge of completing the task within a period of three months. This had followed a massive first-of-its-kind terror attack on a mosque in Al-Arish, killing at least 305 citizens.

The last significant operation by the police killed eight alleged militants in January in the desert area of Al-Raysa, near Al-Arish.

Since 2013, state security forces, represented by both the military and the police, have been engaged in violent clashes with the “Sinai Province” militant group, a group previously known as Ansar Beit Al-Maqdis. In 2014, the group declared its affiliation with the Islamic State group and has launched deadly attacks on army and police checkpoints.