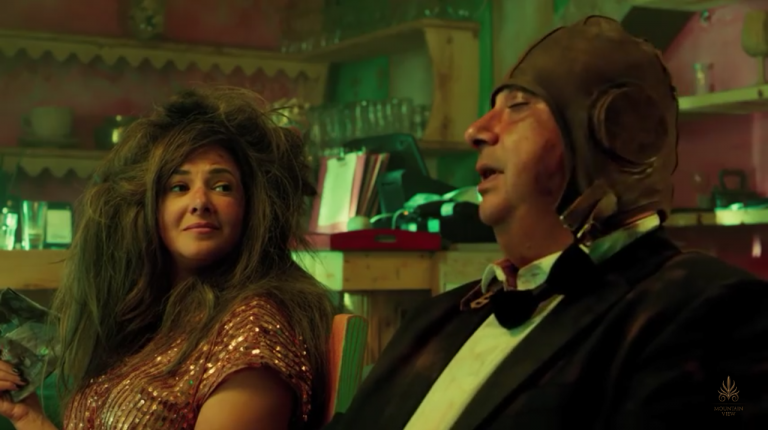 Real estate companies have followed the example of telecommunications companies to use Egyptian and Arab artists to promote their products this Ramadan. The companies competed by featuring stars, including singers and actors.

During this time of year, especially in the holy month of Ramadan, real estate companies are often keen to intensify advertisements for their projects to exploit for their image the surge in viewership as Egyptian families gather in front of television screens.

Real estate marketing experts agreed that all companies that are keen to offer their projects in the month of Ramadan benefit in one way or another. If they do not increase sales during the holy month, they will at least be able to inform viewers about their projects and the company itself.

The advertising campaigns are intensifying in Ramadan as Egyptians are connected to TV this month, according to Mohamed Al-Bustani, a real estate developer, who added that there are also other factors that increase sales. He added that the month brings together Egyptian households, which facilitates the decision-making process for buying or selling property compared to the other months of the year, which is why real estate companies intensify their advertising campaigns in the holy month.

Meanwhile, Elite Real Estate Consultancy Managing Director Ali Gaber said that artists are a very important tool for advertising because they enjoy popularity and most customers are their fans. In addition, demand is high for real estate.

Gaber added that the competition in advertising is due to every developer needing to reach a quota in real estate market advertising and not only marketing.

Gaber criticised some real estate companies’ advertisements this year because they focused on their mere presence and there was no marketing message built by those companies, explaining that they all focused on live shoots, while their projects do not exist on the ground and are still maquettes.

He further noted that some of the companies that advertise are still junior businesses with limited capabilities, pointing out that if their advertisements do not attract customers, they will miss the summer season and face problem with marketing.

Ashraf Diaa, managing director of ERA West Associates, said that demand in Ramadan did not decrease, but the opposite. The ads reflect the fierce competition between real estate companies, he said, as well as the significant impact that direct advertising has on customers’ purchase preferences.

Diaa attributed the increase of these campaigns to the boom in the real estate market, as it has become the largest sector for safe investment.

Brickzey Property Management CEO Ahmed Selim agreed with Diaa that sales movement was not affected by the month of Ramadan because the month coincided with the key real estate market season of the summer months. In addition, demand growth in recent months continued steadily in light of fears of price increases expected imminently against the backdrop of increased cost.

Mountain View came out this year with a new and innovative idea for Ramadan ads, breaking the mould of real estate company ads. The company launched a series of Fawazeer (riddles) ads presented by two Egyptian stars, Donia Samir Ghanem and Maged El-Kedwany. The campaign is a series of comedic riddles launched across an array of television channels.

The Fawazeer campaign presented an interesting story about an incident the two artists were subjected to during a trip to one of the world’s festivals, exposing them to memory loss and only being able to recall the I City project, which is being built by Mountain View.

Diaa commented that the idea of Mountain View’s Fawazeer ads is a respectable one because it makes viewers view and learn about the company’s projects. The answers to the riddles and the landscape of the project will remain in their minds, he said. In addition, he commended the idea of ​​the prize, which is valued at EGP 100,000, saying it is a small cost for the company but will stimulate sales.

For the second year in a row, Memaar Al Morshedy is using artists in its advertising campaign after previously airing traditional advertisements highlighting the features of its projects and facilities. This year’s ad was presented by artist Hani Salama for to promote the Skyline project in Kattameya, east Cairo.

Al Marasem Development, for the first time, presented an advertisement featuring Egyptian actress Yousra in the promotion of its project Capital Gate in the Fifth Settlement, New Cairo, but the ad was not well received by viewers on social media networks.

Next Home also used Egyptian actors to promote its Next Point project in Maadi. As usual, Rooya Group is promoting its projects through ads featuring actors and actresses. This year it is promoting the Stone Residence project.

In May 2017, ARCO signed Neymar as its brand ambassador for Egypt and the Arab world.

According to the contract, Neymar serves as the company’s public face across the MENA region. ARCO said that the multi-year agreement was Neymar’s first deal in the Middle East and North Africa.

Meanwhile, Palm Hills launched a different advertising campaign than the rest of the advertisers in Ramadan through an English song advertisement to market its Badya project, a joint project with the Egyptian government in Sixth of October.

The ad reflects the luxury lifestyle envisioned for Badya, as it seems to address the elite of society.

Talaat Moustafa Group (TMG), as it regularly does, focused its ads on the community and new life to be provided through its projects, according to Gaber.

This Ramadan, TMG presented two ads, the first for Madinaty, an integrated society with a population of approximately 650,000, and the second for its new project in the New Administrative Capital.

Mostakbal City is located on an area of 11,000 feddans (45m sqm) and the project will be developed over five phases to become a city with the highest standards of green urban planning. It is adjacent to the cities of New Cairo and the New Administrative Capital. The project is owned by three public banks, in addition to a stake owned by the Arab Contractors Company.

For the first time since the launch of the project last year, Arabia Holding is launching an advertising campaign for its joint project with the Ministry of Housing, Sun Capital, by launching a traditional ad free of celebrity faces.