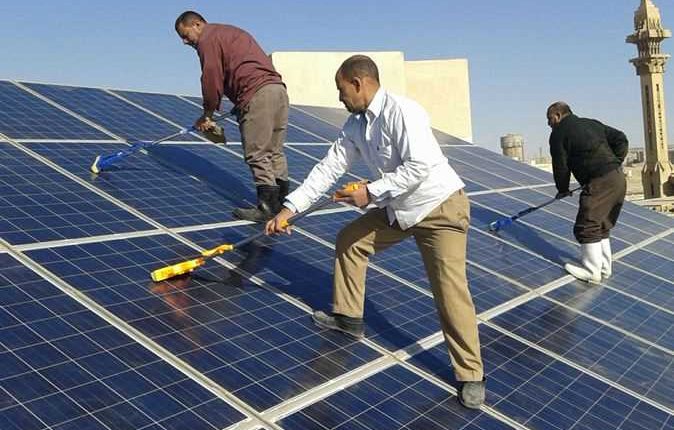 The Egyptian Electricity Transmission Company (EETC) put out a tender for the establishment of a control centre for the management of energy produced from the solar energy projects in Benban, Aswan.

Sources at the company told Daily News Egypt that the centre to be established aims to communicate with the solar energy investors in Aswan and the National Energy Control Centre (NECC) to manage the production of the solar power plants that will be established in the second stage of the feed-in tariff programme.

The sources said that five companies bought the prospectus for the tender, including Schneider Electric, Siemens, General Electric, NR, and ABB. The EETC will begin receiving the financial bids starting next month.

The sources pointed out that evaluating the bids and awarding the tender to the winning company will occur before the end of August, in parallel with the construction work initiated by solar companies for plants, which are expected to be completed in the first quarter of next year.

According to the agreement, arbitration in the event of any dispute between the EETC and investors will be at the Cairo Regional Centre for International Commercial Arbitration, with the possibility of being transferred to Paris, France, if approved by the contracting parties.

One of the priorities of the sector is the implementation of the plan to develop and modernise transmission and distribution networks and the control centres needed to absorb the added capacity from the new projects and to raise the level of service provided to the public with high efficiency.

The future vision of the electricity sector focuses on the transformation of the current network from a conventional network to a smart grid that uses modern technologies and information systems, with an interaction between operator and consumer to manage energy demand and make full use of all the capacity available.

30 companies to start implementation of solar energy projects in Benban