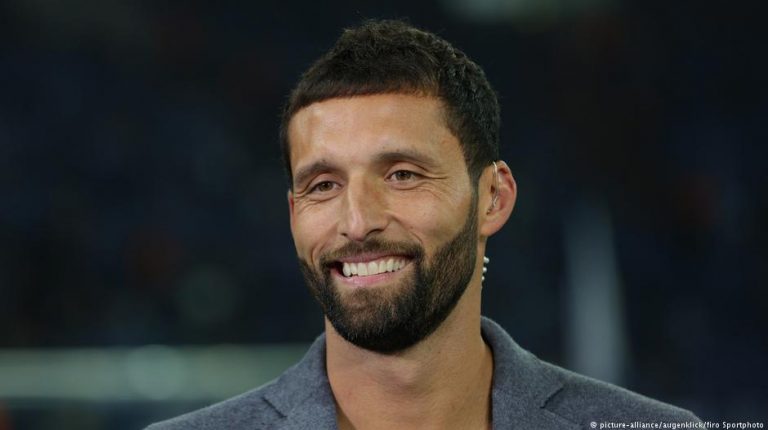 Having played for Dynamo Moscow for five years, Kevin Kuranyi knows a thing or two about Russian football. The 36-year-old former Germany international spoke to DW about the World Cup, hooliganism and Germany’s chances.DW: This year’s World Cup is being held in Russia, where you used to play for Dynamo Moscow. When you think about that, what’s the first thought that enters your mind?

Kevin Kuranyi: I’m looking forward to it, because I lived there for five years and got to know lots of people and learned about their mentality. When I arrived, I had a very different view of Russia. But then I found out how open and pleasant the people there can be, and that the city of Moscow isn’t as dangerous as people say it is. I hope that as many people as possible go to the World Cup.

How great is the interest in the World Cup among the Russian people? Is Russia a footballing nation?

Football’s not the No. 1 sport in the Russia; that’s ice hockey. So for league games, only the big matches sell out. But I think all that will change with the World Cup. There’s a completely different level of enthusiasm and the stadiums will be full.

Did you experience things at Dynamo that you didn’t know from the Bundesliga?

There were days when we had to train in temperatures of -18 degrees Celcius (0 Fahrenheit). When you went to have a drink, the water had frozen in the bottles at the side of the pitch! But that’s Russia for you. At least the World Cup is being held in the summer!

You can’t compare the Russian league with Germany, Spain or England, who are all much more advanced when it comes to marketing and the quality of players. But there are four or five teams who have shown in the Europa League and the Champions League that they can compete.

How far can the Russian national team go under coach Stanislav Cherchesov?

I have a lot of respect for the work that Cherchesov has done; he’s doing a really good job – not that it will be enough to win the World Cup. In terms of experience and quality, the German, Brazilian and French teams are far superior. I think they’ll get out of their group, but then it will get difficult.

What are the fans like in the Russian Premier League?

I almost always had a great experience. Even if there weren’t always that many fans in the stadium, they always supported us with really loud chanting, which was fantastic.

In recent years, there have been numerous incidents of racist and homophobic chanting and banners in the stands. What was your experience of the problem?

I was well aware of it and I just think it’s a shame that there are always these idiots who don’t necessarily have anything to do with football but who want to damage the game. We have to ensure these people are kicked out of stadiums. Or, even better, make sure they’re not allowed in in the first place.

Is it a bigger problem in Russia than in other countries?

I think the problem exists everywhere. Whether it’s racism or homophobia, it rears its ugly head all over. Unfortunately, these people are everywhere and they have no idea about the damage they are doing.

We have also seen recent problems with Russian hooligans, rioting abroad especially. How big is Russia’s hooligan problem, in your opinion?

I’ve never had problems with such people personally. But the issue will always exist, whether in Russia, England or Germany. These people just damage the sport. I really hope that they don’t cause a problem at the World Cup.

Some Western European media have warned fans against attending the World Cup. Would you say the concerns they have expressed ar legitimate, or are they simply spreading hysteria?

I think it’s more hysteria. The tournament will be so well organized that such problems won’t arise. World Cups are always so well planned and prepared, and there are enough clever people involved to keep a handle on things. I think this will be the case in Russia too.

As a former Germany international, you’ll surely be keeping an eye on Joachim Löw and his team. How do you see Germany’s chances?

Again, I see Germany as the favorite. They have shown in the past few years that they play fantastic football and have fantastic players. Some exciting young talents have also emerged and they will continue to develop. The coach has been around for so long that he knows every player and their individual qualities. I predict that Germany will win a second World Cup in a row.

Looking back on your own career and the incident in Dortmund in 2008 [when Kuranyi disappeared at halftime during a World Cup qualifier and was subsequently kicked out of the squad], would you say in hindsight that that was the biggest mistake of your career?

That was definitely the biggest mistake of my career. But the good thing is that I learned from it. Experiences like that help you to develop. I apologized and my apology was accepted, so I can look my former teammates and coach in the eye now. That’s important.

Kevin Kuranyi (36) played as a striker for Stuttgart, Schalke, Dinamo Moscow and Hoffenheim before hanging up his boots in March 2017. Kuranyi also scored 19 goals in 52 appearances for Germany but made headlines on 11 October 2008 when, after being left out of the squad for Germany’s World Cup qualifier against Russia, he left Dortmund’s Westfalenstadion at halftime and went home. He never played another game for the national team. Kuranyi now works as a player agent. Kuranyi will be writing a weekly column for DW during the World Cup.

The interview was conducted by Jörg Strohschein.