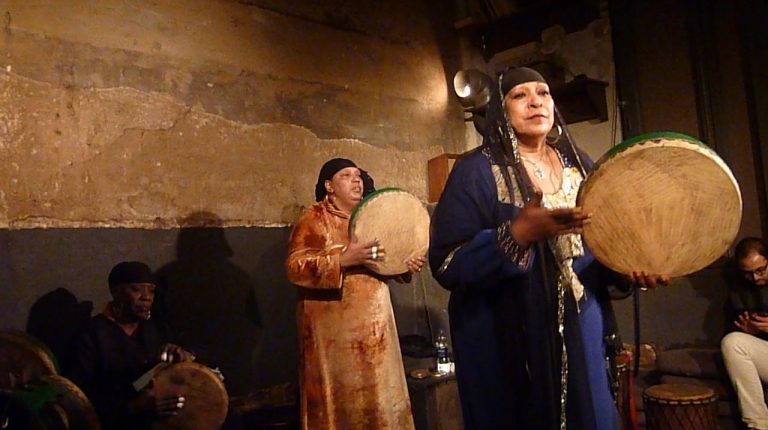 People in Cairo only know about “zar” as a folkloric musical ritual that used to be held in Egypt years ago, the only remaining part of which is through the band Mazaher. However, a recent study revealed that zar is still being heavily performed in several governorates in Upper Egypt, including Luxor and Aswan.

The study, conducted by Luxor Centre for Studies, Development, and Dialogue said that the folkloric ritual that is culturally believed to exorcise “demon spirits” invading humans is still performed on a regular basis in some of Upper Egypt’s villages, using the same methods that used to be utilised hundreds of years ago.

Zar is a traditional ceremony that was first introduced to Egypt in the early 19th century and soon spread into rural areas. Through circles of women dancing to the rhythms of heavy drum beats and chanting calls for the love of God and need of help. The practice is deeply believed to cure abnormal behaviours and symptoms that people have with no known medical reasoning, instead blaming them on evil spirits.

Through a number of ceremonies, held on a regular basis, chickens are slaughtered as a form of sacrifice to God, and the person seeking to be healed is covered with its blood from head to toe. Over the years, the cultural phenomenon began to fade, leaving only a limited number of people still believing in it.

The study revealed that women in the villages studied acknowledged the existence of the practice. However, zar is still held secretly in certain places that are known to them, and women diagnosed with unfamiliar health conditions, especially older ones, attend zars regularly, where its believed that certain performed songs, drums, and chants drive out the dark devils living inside of them.

According to state-run media outlet Al-Ahram, women with unfamiliar illnesses who could not be medically diagnosed or treated head to the women-only gatherings, where they sing, dance to certain known rhythms, and call God by different names, seeking relief and healing.

Some of the attending women were quoted saying, according to Al-Ahram, that the zar rituals they attend are more or less like massive weddings, where hundreds of females all wearing white gowns gather and dance in circles to songs that are only performed at similar events.

The folkloric ritual is usually held near ancient temples, with the female attendees from different villages coming all the way specially to seek treatment.

The ceremonies were described as huge and being prepared for weeks in advance. One of the quoted ladies said that there are two main female bands that hold these events in the area.

Mazaher is currently the only zar band still performing in Cairo. The modernised version of zar, which takes place at Makan cultural centre, is far from the traditional zar still performed in Upper Egypt.

The amended version of zar, currently performed in Cairo, is a mix of cultural, folkloric Sufi chanting of the love of Gods and nature. It does not seek any sort of treatment for the attendees and it is performed as a form of curing spiritual discomfort.

The band has a large fan base who continuously attend their concerts to enjoy the tempo and the lyrics of the songs.

The start of the practice in Egypt was not documented in any of the books studying the case. Books documented that it first entered Egypt from Ethiopia and Sudan.

Why Dancing Is Good For Your Health

Imports of products with folkloric features to be banned: Abdel Nour