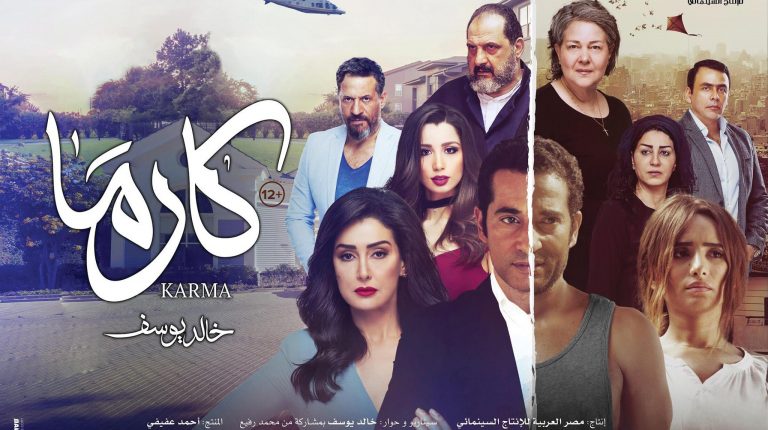 Egyptian director and member of parliament Khaled Youssef said on Monday that the controversy over the banning of his soon to be released film Karma has ended, with censorship authorities withdrawing previous ban orders.

The film will be screened during the Eid Al-Fitr holiday, a popular period in the Egyptian film market for new releases, capitalising on higher numbers of moviegoers during the season.

On Monday noon, Khaled Abdel Gelil, head of the Culture Ministry’s General Directorate for the Censorship of Artistic Works, withdrew screening permits for the film, days after it already had acquired all documentation and permits, and passing censorship officials’ review without any modifications or cuts.

After Abdel Gelil’s controversial decision, outrage broke out in Egypt’s film scene and civil society protested and condemned the sudden and unjustified ban.

To time of print, the censorship authority did not published any statement or clarifications to elaborate on the reason for the ban and its subsequent withdrawal.

Although the censorship authority is part of the Ministry of Culture, Minister Inas Abdel Dayem asserted in the early hours of Tuesday, in a statement, that the film will be screened as scheduled, and stressed that the “state respects all freedoms of expression in all forms of arts.” She added, “there is no creativity without freedom.”

Without commenting on the reason for the momentary ban, she further said, “Egyptian cinema will continue to be a nation’s memory and will continue to document negative and positive aspects in society.”

Youssef, a prominent figure in the filmmaking scene in Egypt and a leftist politician, gave credit to “executive state institutions and the Egyptian Parliament that intervened to solve the issue.”

As part of the protests against the ban, members of the film committee of the Supreme Council of Culture resigned. The resignations, which included several cinematic figures, cited the presence of “an unprecedented collapse in the freedom of speech and creativity at several levels, as well as humiliating and direct marginalising of Egyptian intellectuals and artists in all fields.”

The signatories added the film industry is facing a severe blow, “which does not protect the freedom or the rights of the artists.”

Another front where anger was expressed over the ban was the Egyptian Parliament, which protested the withdrawal of the permits for the film. Members of the critical 25-30 parliamentary coalition issued a report to the speaker. MP Ahmed Al-Tantawy described the incident as “a violation of the rule of law.”

Youssef, the director of several politically critical films, which historicised political and economic corruption in Mubarak’s Egypt, is returning to cinema seven years since his last film, Kaf Al-Amar.

Nevertheless, the General Directorate for the Censorship of Artistic Works often censors artists by denying approval for work that broaches controversial topics. The agency restricts filmmakers by changing titles, cutting scenes, and even banning films.

A day in CO²e emissions