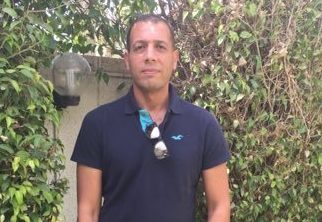 Wael will be responsible for IBM’s overall business in Egypt with a focus on deploying IBM’s advanced technology capabilities in AI, Cloud, Blockchain, Big Data and Analytics, to support Egypt’s national strategic roadmap towards digital transformation and to solve current and future needs of institutions and enterprises in key economic industries across the country.

Wael has 27 years of international and regional leadership experience in the Information Technology (IT) industry in Egypt, the Middle East, Central and Eastern Europe, and Africa. Wael’s professional career began at IBM in Egypt in 1991 and he recently led IBM’s Server Solutions business in the Middle East and Africa.
Wael holds a Bachelors degree in Telecommunications & Electronics Engineering from Ain Shams University, Egypt, as well as a Masters degree in Business Administration from the Open University, UK.
Takreem El-Tohamy, General Manager, IBM Middle East and Africa said: “Amr Talaat has successfully led the IBM business in Egypt since 2010 and has been an integral part of IBM’s success in the country where he has played an instrumental role in providing innovative digital solutions to the Egyptian market to help enable Egypt’s digital transformation in support of the country’s national agenda. I would like to thank Amr for his leadership and commitment during his long tenure at IBM and wishing him all the success in his new role.” He added: “Wael Abdoush is a distinguished executive with many years of experience at IBM and I’m confident that he will build on this legacy and continue to help drive Egypt’s digital transformation and create new strategic partnerships and alliances for IBM in Egypt.”

In Davos, the world’s elite are optimistic