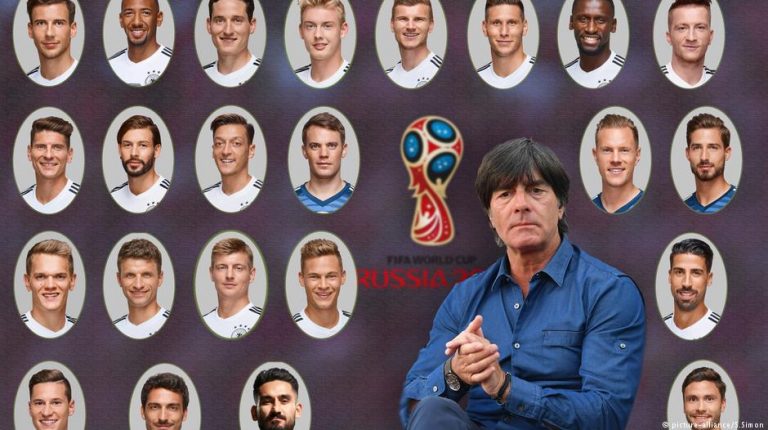 The intrigue continues to swirl around the German camp in Vatutinki as the world champions prepare to start their title defense against Mexico in Moscow on Sunday. But one question appears to have been answered.”We’ve not yet finished our considerations,” teased head coach Joachim Löw, in discussion with German public broadcaster ZDF on Saturday. But he did answer one question regarding Germany’s starting line-up in the Luzhniki Stadium: Julian Draxler will start.

“Julian has been in great form over the past couple of months and could be decisive at this World Cup,” said the 58-year-old coach. “He has a lot to offer the team — and that’s what I expect from him.”

Once again, the value that Joachim Löw places upon experience, consistency, stability and personality in his team has become apparent.

“Julian has developed really well in the past two or three years and he’s been part of our team for a long time,” said Löw. “He played well as captain at the Confederations Cup and took a huge step forward at that tournament in terms of his personality, his directness and his professionalism. He’s already played in some of these stadiums [in Russia] and I’m a big fan of his abilities.”

Given the esteem in which Löw clearly holds the Confederations Cup, the pre-World Cup warm-up tournament which FIFA uses to test the host nation’s readiness, one has to wonder whether Leroy Sane regrets choosing to undergo a nose operation last summer rather than travel to Russia — as Draxler did.

The Paris Saint-Germain winger will likely form one third of an attacking trident behind striker Timo Werner in the Luzhniki Stadium. Thomas Müller will make up a second part of that trio, while Mesut Özil looks set to edge out Marco Reus for the final spot.

The Arsenal man is another of Löw’s favorites but hasn’t enjoyed an ideal build-up to Russia 2018. He became embroiled in political controversy after allowing himself to be photographed next to Turkish President Recep Tayyip Erdogan, before a knee problem ruled him out of Germany’s final warm-up game against Saudi Arabia — but Löw confirmed that he is “fully fit” after completing “two extra training sessions” this week.

“He seems really happy in training,” added teammate Draxler. “And he’s probably the most creative player we have.”

Reus may be starting his first World Cup on the bench, but two other debutants will be thrown in from the start. Joshua Kimmich and Timo Werner represent a new generation of German players at both ends of the pitch, although they would prefer to see themselves as much more than just like-for-like replacements for Philipp Lahm and Miroslav Klose.

“I’m not shy about speaking up,” a confident Kimmich said on Friday, exhibiting a maturity which belies his 23 years. “If I have something to say then I am prepared to speak to my teammates about it.”

And Löw has total confidence that Werner can provide the firepower upfront that Germany have sometimes lacked. “Timo’s greatest strength is his huge speed and penetration,” he said. “He has the ability to score a lot of goals which has made him very important for us.”

Germany’s World Cup preparation has been typically underwhelming in terms of results, but “Die Mannschaft” have proven time and time again that they know how to perform when things get serious.

“It has a lot to do with the belief of the players in their own abilities,” explained Löw, when asked by an envious English journalist why Germany are such a good “tournament team.”

“They have the experience to perform when it matters. And I’m convinced that we’ll do it again tomorrow.”