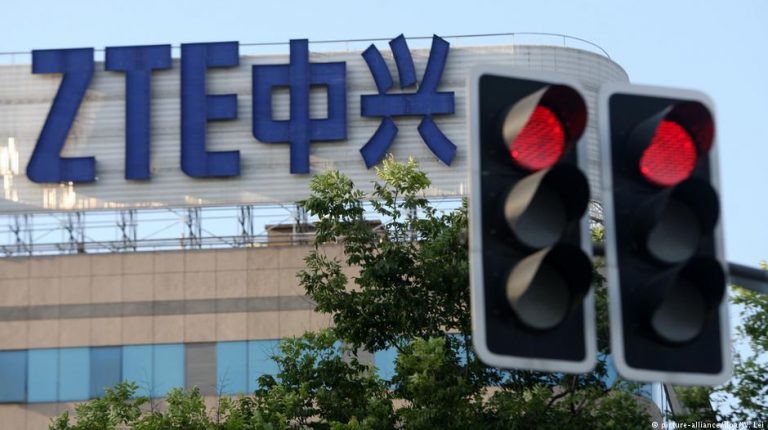 Shares of Chinese telecom equipment maker ZTE have plummeted after the US Senate voted to overrule Donald Trump’s deal with the company. A ban on high-tech chip sales to ZTE now looks likely to be reimposed.Hong-Kong-listed shares in ZTE plunged around 25 percent on Tuesday after the US Senate voted in favor of reimposing a ban on high-tech chip sales to both ZTE and Huawei. ZTE has already lost nearly two-thirds of its value since it resumed trading last week after a two-month suspension that followed the initial US ban.

The Chinese telecom equipment maker has been on life support since Washington banned US companies from selling crucial hardware and software components to ZTE for seven years.

Back then, the ban was imposed because of what US officials said were “false statements” by ZTE over actions it claimed to have taken regarding the illegal sale of goods to Iran and North Korea.

ZTE pleaded guilty to those charges in March last year and was hit with a $1.2 billion (€1.04 billion) fine.

But earlier this month, the Trump administration gave ZTE a lifeline by easing the sanctions in exchange for a further $1.4 billion penalty.

Trump’s intervention to help the firm was seen at the time as part of a move to smooth over trade tensions with Beijing as the two sides embarked on talks to avoid a trade war.

The Senate vote nullified that action, proposing an outright ban on the government buying products and services from ZTE and Huawei.

“We’re heartened that both parties made it clear that protecting American jobs and national security must come first when making deals with countries like China, which has a history of having little regard for either,” a bipartisan group of senators said.

The House of Representatives passed its own version of the measure and the two chambers must now hash out a compromise.

€5.8bn size of trade exchange between Egypt, Germany in 2017