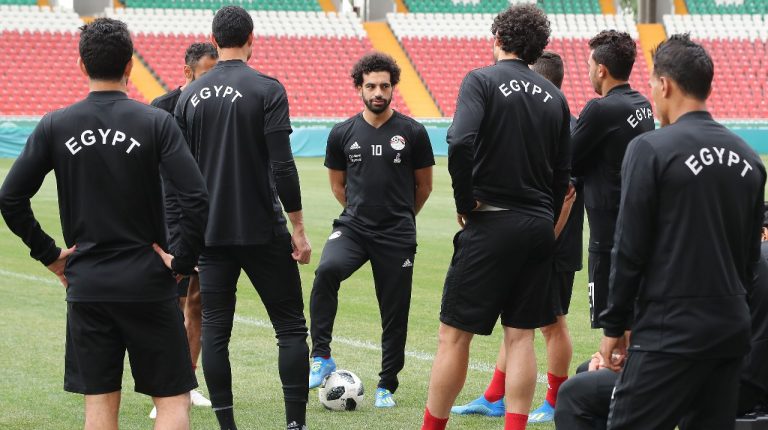 Egypt’s head coach, Hector Cuper, said his team will seek victory over Russia and Saudi Arabia to maintain their hopes of qualifying for the next stage of the World Cup and go further in the tournament after a 28-year absence.

He noted that the Egyptian team, despite Mohamed Salah’s absence, presented an outstanding performance in their first game against Uruguay, and everyone believed that the better side had not won.

Cuper added that the Egyptians were unlucky in their first game, hence they must fight in their next clashes against the host, Russia, and Saudi Arabia, stressing that all players are ready and fit, especially after the full recovery of Salah, Amr Warda, and Tarek Hamed, as well as Mahmoud Hassan “Trezeguet.”

The Argentinean coach said that Salah’s return will give additional strength to the team’s forward line and increase their efficiency with respect to their performance and particularly in front of the goal. He noted that Egypt failed to score against Uruguay although they had many chances, stressing that he has worked with the coaching staff on fixing this problem.

A photo was circulated on social media and media outlets showing a number of Egyptian players while they were helping Salah put on his shirt during the team’s training in Grozny, raising controversy over Liverpool star’s readiness to play the next game against Russia.

Egypt’s team manager, Ehab Leheta, affirmed that Salah was fit and perfectly ready to lead the Pharaohs’ forward line against Russia, noting that he could have played in the team’s first match against Uruguay, but the coaching staff, led by Cuper, had a different opinion, citing tactical reasons.

He explained that the players were just joking with Salah and the photo does not mean that the player will not play in the next game. The Liverpool star was spotted in the team’s last training and was ready to face Russia.

When Egypt’s players exited their team bus, an Egyptian fan tried to get a selfie with Salah, approaching the winger from his right and placing his left hand on Salah’s injured shoulder. Salah quickly urged the fan to take his hand away.

Other fans also approached Salah and tried to take selfies with him. The player asked the fans not to touch his injured shoulder, so the security guards assigned to protect the Premier League top scorer intervened and kept the fans away, before Salah continued to take pictures naturally.

Salah suffered a serious injury during a challenge with Real Madrid’s defender Sergio Ramos in the UEFA Champions League final, held in Kiev, Ukraine on 26 May before the World Cup.

The tickets for Egypt’s match against Russia sold out fast several weeks ago, as thousands of fans from both sides were keen to attend this important game. A few days before the game, the black market for tickets was booming. The ticket was sold at more than $600 (about EGP 10,700).

The Egyptian team arrived on Sunday in St. Petersburg, coming from Grozny, Chechnya, the team’s base camp during the World Cup. Egypt will play their next game against the host, Russia, within the second round of the World Cup group stage at Zenit Arena Stadium, which has a capacity of 64,287 people.

Hany Abo Rida, president of Egyptian Football Association (EFA), held a long meeting with Dr. Mohamed Abu El-Ela, head of Egypt’s medical staff, at the team’s residence in St. Petersburg. Abu Rida wanted to check on Salah’s health condition to clarify whether the player can participate in the next game against Russia or not.

Abu Rida arrived in St. Petersburg from Moscow, where he discussed with FIFA officials the World Cup broadcasting rights crisis.

A disagreement had erupted between Egypt’s Competition Authority (ECA) and FIFA recently over the tournament’s broadcasting​ rights. The ECA said that FIFA is the sole organisation able to grant broadcasting rights for the World Cup, which is a violation of Egyptian freedom of competition laws.

The broadcasting rights in the Middle East for the World Cup, which began in Russia on Thursday, was sold to the Qatari beIN Sports channel. However, the ECA said that most Egyptians cannot afford beIN’s subscription fees.