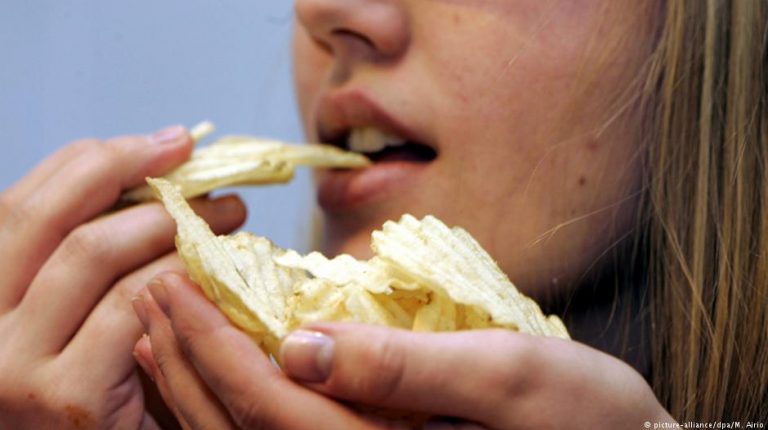 Did you know that breast milk trainsyour brain to crave junk food? Or that making mistakes can make you better? DW brings you this week’s health news, all in one handy guide!Why do we crave chips?

We know they’re unhealthy and make us fat, but still, we can’t stay away from them: chips, french fries, candy bars, cake. These foods are full of carbohydrates and fats that have a strong influence on our brain’s reward system. In nature, there are no foods that contain high proportions of both. Some are high in carbohydrates, like potatoes and cereals, or rich in fats, such as nuts. The only natural food containing both is breast milk.

Researchers at the Max Planck Institute for Metabolism Research in Cologne, Germany, believe that breast milk trains our brains at a young age to respond to carbohydrate and fat-rich foods more intensely. Today, this has become a huge problem, resulting in the rise of obesity and type 2 diabetes. On top of that, the researchers found that we are just terrible at estimating the nutritional value of high-fat and carbohydrate-rich foods.

Either way, you should stay away from processed foods altogether – or at the very least, be very aware that your brain’s reward system will make you want to eat not just one chip, but the entire pack.

What are your muscles missing?

Do you exercise frequently, but feel like your muscles aren’t getting much stronger? You might be suffering from a lack of choline. Researchers at the University of Houston, Texas, discovered that the strength of people who lacked choline in their diet didn’t improve after 12 weeks of regular exercises, whereas the people who consumed enough choline had stronger muscles after the trial period.

Choline is a micronutrient involved in neurotransmission and muscle contraction, and a lack of it often occurs in people over the age of 50. Although your body can produce choline by itself, you have to first consume about 500 mg of choline as part of your diet every day. So, how to do it? Include eggs in your diet when training regularly. After all, the egg yolk of one egg contains more choline than your daily need.

Exam season is upon us, and thousands and thousands of students are pouring over their books with their heads smoking, trying desperately to cram more information into their brains before the final exam. Who doesn’t know that feeling? But don’t give up hope if you make a mistake, it’s not the end of the world.

In fact, researchers have now discovered that errors can sometimes make you study better. But only if the mistake was close to the correct answer. “Our research found evidence that mistakes that are a ‘near miss’ can help a person learn information better than if no errors were made at all,” explains Dr. Nicole Anderson, senior author of the study.

As a tip, the researchers suggest that people studying for an exam should only take practice tests once they have reviewed the material. Otherwise they could end up guessing wildly, and that could make learning the correct information much harder later on.