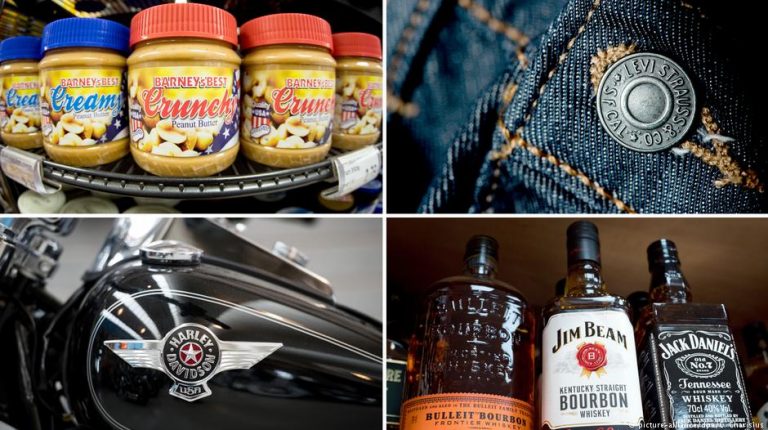 A raft of retaliatory tariffs from the European Union on US products will come into effect on June 22. The EU’s list of targets reads like a summary of emblematic American exports, including motorbikes and jeans.EU countertariffs on a list of US products would come into force on Friday, the European Commission said Wednesday.

The retaliatory measure comes in response to US tariff hikes on steel and aluminum that were imposed on EU member countries on June 1, with the White House citing grounds of national security.

“We did not want to be in this position,” EU Trade Commissioner Cecilia Malmstrom said in a statement. “However, the unilateral and unjustified decision of the United States to impose steel and aluminum tariffs on the EU means that we are left with no other choice.”

‘Doing nothing no option’

The agreed EU countermeasures will initially target a list of US goods worth $3.2 billion (€2.8 billion), most of which will be hit with import duties of 25 percent.

The products affected by the move range from agricultural produce such as rice and orange juice to jeans, bourbon, motorbikes and various steel products. The higher tariffs had previously been registered with the World Trade Organization (WTO).

“The rules of international trade that we have developed over the years with our American partners cannot be violated without a reaction from our side,” Malmstrom said. She called the EU’s response “measured, proportionate and fully in line with WTO rules.”

Canada and Mexico have also announced their own similar countermeasures just as an even greater trade spat pits the US against China.

Together, the current battles have raised the specter of a global trade war, spooking financial markets that fear major consequences for the world economy.