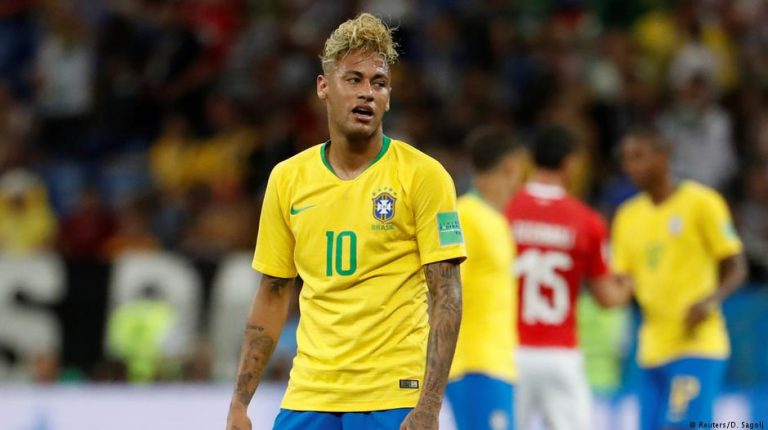 Spain’s reliance on a lucky goal to edge past Iran continued a pattern of labored displays from the pre-World Cup favorites. With the odd exception, the top teams have not been firing on all cylinders. DW takes a look.With 20 matches gone, the standout team performances of Russia 2018 have come largely from unfancied nations; Senegal’s clinical upset against Poland, Mexico’s thrilling dismantling of world champions Germany and Russia’s party-starting hammering of Saudi Arabia.

Of course, it’s early in the tournament and none of the six pre-tournament favorites will be too nervous just yet. But none of them can rest easy either. Let’s have a look at how the “big six” have fared, and what’s around the corner.

Under the guidance of Tite, Brazil were thought to be a better side than the one that crumbled to a 7-1 defeat to Germany on home turf four years ago. But after a Coutinho stunner got them off to a flyer, they were pegged back by Switzerland in their Group E opener by some slack defending and were worryingly quick to lose their rhythm. Their talisman Neymar was an injury doubt before the tournament and has missed training ahead of the Selecao’s next fixture against Costa Rica on Friday, while the country’s federation complained about VAR not being used in some key moments of the game.

Where Brazil labored and complained, Germany had no choice but to take their loss to Mexico on the chin. A team that has looked so united for so long suddenly seemed to age before the eyes of the world on Sunday and were fortunate to escape with only a 1-0 loss.

The mood around the world champions’ camp has been both introspective and bullish this week but there must be serious question marks against some of Joachim Löw’s key men. Sami Khedira lost control of the midfield, Mesut Özil and Thomas Müller were both absent and even Joshua Kimmich, normally so impressive, failed to react to the Mexicans taking advantage of his positioning. Löw himself has also come under scrutiny for leaving his substitutions so late. A loss against Sweden and Die Mannschaft could become the fourth of the last five world champions to exit at the group stage the tournament after victory.

The 2010 winners were impressive on the front foot against Portugal and came up against the inspired figure of Cristiano Ronaldo. But they also shot themselves in the foot — huge errors from David de Gea and Nacho were gifts to the Real Madrid man. Wednesday’s performance against Iran was probably more troubling for rookie coach Fernando Hierro. Iran were content to sit deep but Spain were unable to pick the lock, relying on a hugely lucky bounce off Diego Costa’s leg to break the deadlock and surviving a disallowed Iranian goal. Hierro’s men still need at least a draw against Morocco to ensure they progress.

France have a glut of attacking talent that looks, on paper at least, the pick of the World Cup bunch. But too many cooks spoilt the broth as they limped to a late 2-1 victory over Australia on Saturday with the help of technology — both VAR and goal-line — and a good old-fashioned deflection. Didier Deschamps has never really convinced as coach of the side he captained to a World Cup win in 1998 and the pacy forward line of Kylian Mbappe, Antoine Griezmann and Ousmane Dembele failed to impress, with Olivier Giroud a candidate to offer a different threat against Denmark on Thursday.

Roberto Martinez’ men have probably graduated from dark horses to genuine contenders and, after a slow start, easily picked off Panama on Monday. Dries Mertens’ opener was outrageous while Romelu Lukaku’s brace is a boost to the Red Devils’ chances. But, truth be told, the World Cup debutants were never likely to pose any great threat while Tunisia, who they face on Saturday, are similarly limited. England, on June 28, may be their first real test. But it’s been the mental challenge of the knockout round that’s been Belgium’s biggest problem in recent years, whether they can clear that particular hurdle remains to be seen.

Despite their inexperience and lack of star names, Iceland are no mugs. As England will testify. But still, any side containing Lionel Messi, Sergio Aguero and Angel di Maria and able to leave Paulo Dybala kicking his heels on the bench should feel confident of putting them away. Messi’s penalty miss grabbed the headlines but Argentina lacked any real cohesion, constantly looking to the Barcelona man to pull a rabbit out of the hat on Saturday. For once, he couldn’t. But it’s difficult to escape the feeling he may need to if they are to reach the latter stages in Russia. A talented Croatia team await on Thursday before a potentially-decisive final group game against Nigeria.