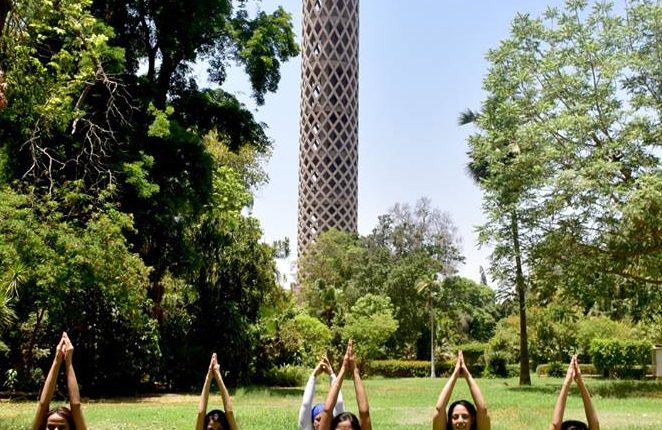 The Indian Embassy in Cairo celebrates the International Yoga Day on Wednesday, through a public event taking place at El-Horriya Park.

The event takes place for the fourth year in a row, under the arrangement of the Indian Charge d’Affaires Vinod Bahade. Aiming to stress the importance of yoga and spread the Indian culture in Egyptian society. Celebrating International Yoga Day is one of the main events, regularly organised in Egypt.

“Yoga, the precious gift of ancient Indian tradition, provides a holistic approach to physical and mental health. Yoga is widely practiced in Egypt,” Bahade said in a press conference, adding, “we are expecting a large number of people to participate in these events.”

He also stated that the celebrations expand to reach out other governorates, including Alexandria and Ismailia, in collaboration with the Egyptian government.

The celebrations will take place in Alexandria at Bibliotheca Alexandria, on 22 June, and in Ismailia, at Nadi-El-Mawani ground, on 23 June, he added.

In 2015, the International Yoga Day was acknowledged on the 21 June, to be held every year, with the support of 177 co-sponsoring countries the United Nations General Assembly.

The assembly stated in its resolution that yoga provided an integrated style for health and happiness and it stressed on the importance of increasing awareness on the benefits of yoga around the world.