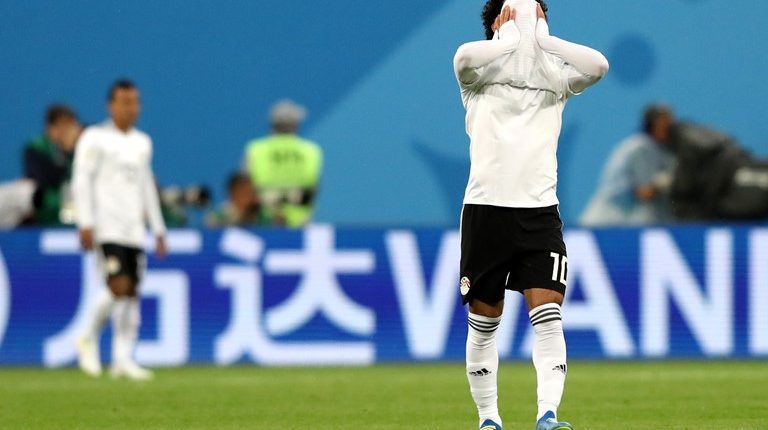 Op-ed writers have still not tackled Egypt’s defeat against Russia on Tuesday in the World Cup tournament. However, they stopped at two incidents related to the event, which occurred within the week.

In Al-Shorouk, Sameh Fawzy, discussed the implications behind Egyptian Goalkeeper Mohamed Al-Shenawy’s turning down the “Man of the Match” prize, following the football game between Egypt against Uruguay (0-1) at the World Cup Russia 2018 on Friday, as he discovered the prize’s sponsor is the alcohol brand Budweiser.

Defending the action, Fawzy said it was a freedom of religious belief, which should be guaranteed for people, in addition to questioning the morality and social responsibility of allowing alcohol and cigarettes companies to be marketed in society, in the first place.

For his part, the newspaper’s editor-in-chief, Emad El-Din Hussein, grabbed an issue, which sparked public controversy in Egypt related to a delegation of Egyptian actors and politicians traveling to Russia to stand by the national team. Although the government denied covering travel expenses, especially, in light of recent wave of energy and fuel prices increase, Hussein asked whether it was really acceptable that the financier would be the state-owned telecommunications company, meaning public funds.

On the same incident, Al-Masry Al-Youm’s Yasser Ayoub, argued that sons of military and police men killed in operations should have had the priority of being selected to travel to Russia.

On a different note, Al-Ahram’s Amr Abdul Samea, wrote a piece, in which he undermined the US imperialism as Europe and Asia are on the rise and have successfully created other centres of power. He wrote that his message was intended to the US supporters in Egypt, to reconsider putting their having their eggs into one basket concept, when it comes to preserving the country’s interests.

Also, regarding the US, the newspaper’s Morsi Atallah, wrote a piece titled “US-Iran, a special relationship,” in which he accused both of plotting together to keep tensions growing in the Middle East and arguing that their policies have mutually benefited them.

Lastly, Al-Ahram’s Asmaa Al-Hosseiny, slammed Israel over a draft law sanctioning those who would take photos of its military, writing that such an attempt to cover up excessive violence and crimes committed against the Palestinians will be in vain, as we live in times where technology and rapid circulation of information flow will make it impossible for the regime to keep things at a discreet level.