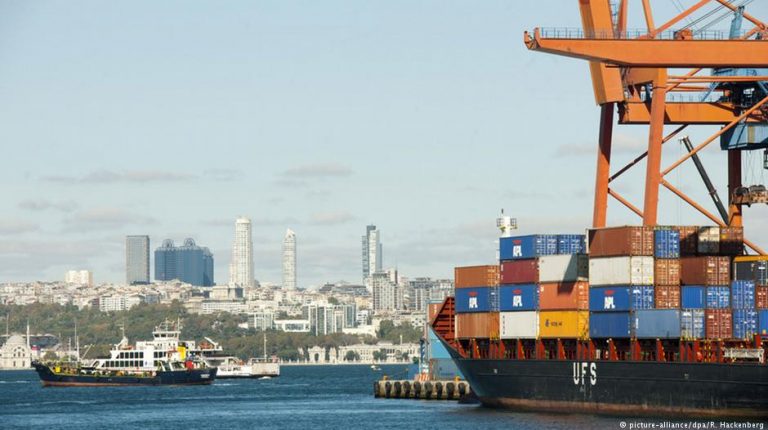 For years on end, Turkey has been able to log astonishing growth rates. But economists are now sounding the alarm bells, saying that political uncertainties are not the only cause for concern in the coming months.When President Recep Tayyip Erdogan came to power back in 2002, the Turkish economy was in a miserable state and had just received a badly needed bailout from the International Monetary Fund.

There’s no denying that the Turkish economy made huge strides on Erdogan’s watch, be it during his years as prime minister or later as president of the country, with lots of towns, production sites and businesses experiencing nothing short of a boom.

However, since the July 2016 coup attempt, things have changed for the worse. Political uncertainties and the creeping erosion of democratic institutions haven’t immediately ruined growth rates, though.

In fact, Turkey’s economy expanded by a staggering 7.4 percent in the first quarter of 2018, confirming the president’s often-cited claim that his nation is among the world’s fastest growing economies.

Q1 expansion followed 11.3-percent growth and 7.3-percent growth in the third and fourth quarters of last year, according to data by the Turkish Statistics Institute (TUIK). President Recep Tayyip Erdogan welcomed the latest figures, saying that “we continue to grow strongly with solid macroeconomic fundamentals.”

Reaching the end of the line?

While acknowledging Turkey’s robust economic expansion in recent years, some economists doubt that the momentum can be kept up for much longer.

“Growth is still maintained, but that’s mainly because the state started to pump money into the economy, but it neglected other key things like inflation and the devaluating currency — so, there’s no longer a sustainable policy,” political economist Erdal Yalcin told DW on Friday. He works at the Konstanz University of Applied Sciences in Germany.

Yalcin argued that Turkey’s economy needed to make structural changes, but added that achieving this amid political tension would be difficult.

“There’s broad consensus that growth is set to decline,” he said. “The Turkish economy is confronted with difficult conditions in the next months. The situation is made even worse because of the uncertainties about the political future of the country.”

Capital Economics analyst Jason Tuvey is of the same opinion. He told Reuters that “an abrupt slowdown is on the cards over the coming quarters,” insisting that the economy had been plagued by fears of overheating, while inflation remained high at 12.15 percent in May with the current account deficit widening.

Trying to keep the lira at check

Financial market players have urged Turkey to focus on fighting double-digit inflation and have been deeply concerned about plans by Erdogan (a self-described enemy of interest rates) to seek more influence over the central bank.

The latter raised rates twice in two weeks after the lira hit record lows and for the first time ever dropped below the 5.0 ceiling against the dollar on May 23. Turkey’s currency rallied after the rate hikes, but only briefly.

The truth is that since the start of this year, the currency has shed almost 20 percent of its value against the greenback.

And there are other warning signs. While the weak lira has boosted Turkish exports — shipments abroad reached €135 billion ($157 billion) in 2017 — the country still depends on too many imports.

Particularly a large number of intermediate goods that the nation needs for domestic production come from overseas — and somebody’s got to pay for them eventually.

The private sector alone logs some $225 billion in long-term overseas loans, mostly in dollars or euros, central bank figures show. The reason for this is obvious. Turkish enterprises have been eager to take out such loans because of lower interest rates. Now they have to worry about the downside of their decision as the rapid decline in the lira means debt-servicing costs are spiraling.

Post-election Turkey will need to figure out how to decrease the volume of essential imports, which it can only do by putting the economy in a position to produce a lot more higher value-added products itself in the long run.

Economists agree that moving up the value production chain will require deep structural reform and a complete overhaul of the education system to satisfy the demand of highly skilled labor.

Producing household appliances and cars cheaply (which Turkey has been doing successfully for so many years) is not enough any more for the country to propel itself to a higher level of economic performance.