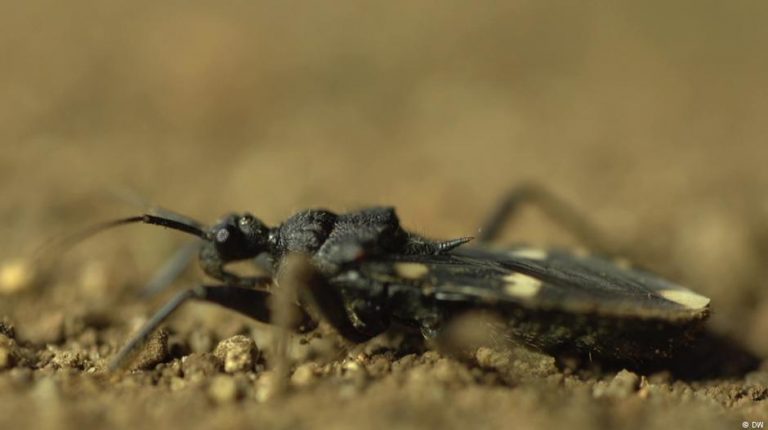 The International Centre of Insect Physiology and Ecology in Kenya was founded in 1970 and aims to improve the lives and health of people in tropical Africa by focusing on harmful and useful arthropods.We recently met with Dr. Sunday Ekesi from the center to discus their sustainability push throughout tropical Africa. The institute’s work is modeled around integrating human, animal, plant and environmental health issues. Its mission is to “help alleviate poverty, ensure food security and improve the overall health status of peoples of the tropics, by developing and extending management tools and strategies for harmful and useful arthropods.”

DW: How can insects benefit people?

Sunday Ekesi: There are certain insects that are parasitic and live on invasive ones. And by bringing in some of the parasitic ones that attack the bad ones — that is one very important aspect of what we call classical biological control to bring an insect that is damaging to a very minimal level by reuniting the good and the bad one in the environment so that the population is kept at the very very minimal level without harming our crops or without harming our livestock. Insects contribute in all these ways to help improve our economy.

Everybody knows that insects damage crops. In Africa is that on the increase or on the decrease?

That’s a very important question because the recent invasion of the fall armyworm on the continent gives you an indication that there is an increasing trend in terms of invasions of insects into the continent. Africa is not an exception. Invasions happen globally.

We are working with various governments and various institutions and donor agencies to help us address this.

But in order to minimize this there should be a need for a lot of involvement at the national level and private sectors so that we pick issues related to preparedness, contingency planning, best risk analysis and predictive modeling to be able to know that there are certain insects that are of danger to us and to begin to guard against such invasions. Because when you are taken unaware we begin to run helter-skelter. But if we are well prepared the chances are that the impact that this will have on the environment and the food security situation at large won’t be as severe as what we’re seeing now.

Take me through a specific example.

Tuta absoluta is believed to be native to Latin America and it first invaded Europe — I believe Spain — and it began to spread in Europe. From Europe it got into North Africa. Tunisia, Morocco and Sudan were all invaded and then it began to spread into sub-Saharan Africa up to southern Africa. What most probably happened is difficult to say exactly. But the most likely thing is the movement of produce around borders without proper quarantine or sanitary management facilities led to its easy movement.

Here it does not have its natural enemies, so it tends to explode. So we went to Peru to carry out an exploration for a natural enemy given that Latin America is believed to be the origin of this pest. Once you have the natural enemy the population begins to stabilize. So we embarked on that and we are beginning to work with national governments to release these parasites across Africa.

In addition to that we looked at a sustainable management measure that is based on a combination of control measures. Because if you rely too much on pesticides the tendency is that there are other beneficial organisms in addition to the one that we brought in that are supposed to keep the pest in check so that it does not grow to economic injury level. So we are looking at the possibility of introducing softer options such as the use of pesticides, the use of attractants, the use of traps and the use of intercropping the natural weeds. But if you apply too much pesticide, you kill the beneficiaries and the problem remains.

Because the temperature is warming, there is the tendency for insects to begin to move from warm areas to cool areas which changes distribution patterns. So climate change is also changing the context in terms of natural enemies — the interaction between the bad and the good ones.

This interview has been shortened and edited for clarity.