US President Donald Trump announced on 6 December 2017 his decision to move the US embassy from Tel Aviv to Jerusalem, in an historic, unprecedented recognition of the city as solely the capital of Israel, breaching international resolutions on the status of the occupied holy city.

As Israeli Prime Minister Benjamin Netanyahu triumphed, Palestinian rejection of the declaration was echoed by 128 member states of the United Nations General Assembly, which voted in favour of a non-binding motion against the US move.

For Palestinians demanding East Jerusalem as their capital, supported by Arab countries, the US had taken an unacceptable bias that will have a negative impact on the Palestinian-Israeli peace process, given that no agreement on Jerusalem’s status will be agreed upon until the final stages of the process.

Nonetheless, Trump revealed his intention to proceed with peace efforts. The Palestinian Authority, however, said it no longer considered the US as leading the process.

Nearly five months after the declaration, the US administration is trying to advance its plan, even as the Palestinians will not yet sit at the negotiating table.

Touring the Middle East in May and June, US officials have reportedly been trying to rally in favour of the so-called “deal of the century”.

Shortly after being sworn in as secretary of state, Mike Pompeo travelled to Israel, Saudi Arabia, and Jordan. Speaking from Amman, he noted that Washington was fully supportive of Israel’s “right to defend its borders.”

The comments followed weeks of tensions at the Gaza-Israel borders, over which Israel was accused by human rights observers to have unjustifiably used excessive force against Palestinian protesters, killing dozens and injuring thousands.

US officials said they discussed with Arab leaders “ways to provide humanitarian relief to Palestinians in Gaza, and the Trump administration’s efforts to facilitate peace between the Israelis and Palestinians,” according to statements issued by the White House on the matter.

“Kushner offered an overview of the US administration’s efforts and contacts underway aiming to put the negotiations between the Palestinians and Israelis back on track, and to improve the humanitarian situation in Gaza,” a statement from the Egyptian presidency said.

Previously thrown into doubt to some extent by the US embassy move and currently sparking fears of undermining Palestinian rights, the deal is yet to be unveiled, but some details about it have leaked. 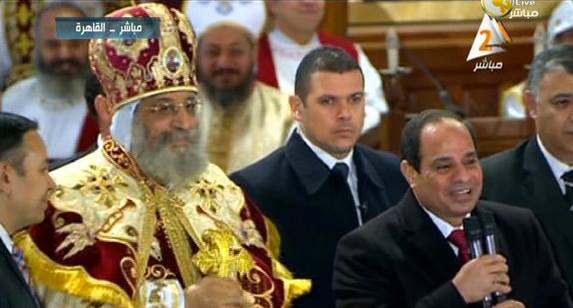 What we know about the US deal

Trump dropped the US commitment to a two-state solution to the conflict by recognising Jerusalem as Israel’s capital.

The outline of the new deal, which is yet to be finalised, includes improvement of the humanitarian situation in Gaza. The Gaza Strip, controlled by Hamas and besieged by Israel on one side and facing restrictions by Egypt on the other, has suffered dire conditions in past years, long signalling a simmering situation about to boil over.

According to a report by Haaretz last week, the Trump administration would seek to convince Gulf countries to invest between $500m and $1bn in economic projects mainly aimed at energy supply.

In his meeting with Kushner, Egyptian President Abdel Fattah Al-Sisi asserted that overcoming the humanitarian crisis in the strip is a mutually pursued effort. For its part, Egypt opened its Rafah border crossing for longer periods than usual in past months.

Egypt has also brokered a reconciliation plan between the two Palestinian factions Fatah and Hamas, which is currently in a difficult but ongoing implementation phase.

Egypt refuted previous claims that the deal would relocate Palestinians to the Sinai Peninsula, but new reports on the plan said it would include the construction of a port in northern Sinai.

But the Palestinian issue is not only about the Gaza Strip, but also includes demands of historical rights, feared to be compromised by the US deal.

“There are enough facts known about it to cause serious alarm among Palestinians and in the wider Arab and Islamic worlds,” a report by Carnegie Endowment said in February.

The report said the deal seems to ignore East Jerusalem as the capital of a Palestinian state, aiming to use Arab pressure to make Palestinians accept an arrangement that deprives them of essential issues, such as the right of return.

Palestine’s stance towards US

The Palestinian Authority (PA) clearly established that it no longer accepts US mediation. The official position has been a diplomatic boycott of the Americans.

The US also made escalatory moves when it decided to cut its funding to the United Nations Relief and Works Agency for Palestine Refugees in the Near East (UNRWA) by more than half and refused to renew the Palestinian bureau’s license in Washington.

In June 2017, Kushner and Greenblatt were sitting in Ramallah with PA President Mahmoud Abbas, in what the White House described as “a productive meeting,” where they “reaffirmed their commitment to advancing President Trump’s goal of a genuine and lasting peace between the Israelis and the Palestinians.”

This followed a meeting with Netanyahu in Jerusalem, after which the US said it would discuss upcoming steps.

What followed was a US stance fully supportive of Israel and its choice of 14 May as the day of its embassy opening in Jerusalem, coinciding with the so-called Israeli Declaration of Independence, amid an international diplomatic boycott.

The celebration ignored the painful commemoration of the Nakba Day for Palestinians, who were still mourning and burying their dead killed by Israeli forces just ahead of the embassy opening.

With regards to the recent US decisions, PA spokesperson Nabil Abu Rudeina rejected the American plan, saying it used humanitarian slogans to separate Gaza from the West Bank and push to give up Jerusalem, calling for Arab and international support.

A two-state solution along the 1967 borders with East Jerusalem as the capital of a Palestinian state remains the approach of the Arab and international community.

In his recent visit, Kushner was reportedly told by the Jordanian and Egyptian leaders that they would remain committed to that demand.

Much of the land the Palestinians seek is now occupied by illegal Israeli settlements.

Several Arab writers also voiced their rejection of a deal that would require Palestinians to give up their right to sovereignty in exchange for humanitarian aid. Some warned that internal Palestinian division would be the best chance for such plans to be imposed.

“It is about annulling the Palestinian cause and enforcing the occupying entity,” wrote Talal Salman, who heads the Lebanese As-Safir newspaper.