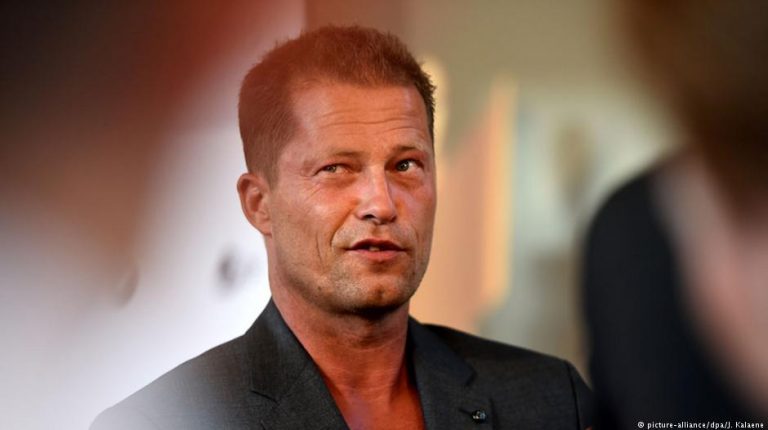 The German drama Head Full of Honey was a hit in 2014. Til Schweiger is now filming a remake for Hollywood; its stars, Nick Nolte, Matt Dillon, Emily Mortimer and Jacqueline Bisset, are in Berlin for the shoot.Known for starring in and directing both action flicks and heartwarming stories, Til Schweiger is one of few German film stars to have made a name for himself in Hollywood too.

Now he’s partnered with Nick Nolte, Matt Dillon, Emily Mortimer and Jacqueline Bisset to direct and produce a Hollywood remake of his own hit film, Honig im Kopf, currently being filmed in Germany under the working title Head Full of Honey.

Drawing over over 7 million moviegoers, Schweiger’s original picture was Germany’s most successful film in 2014, and remains to this day among the top eight top grossing movies since the audience census began in 1968. The film was also shortlisted for the German submission for the Best Foreign Language Film at the Oscars.

A father in the role of the grandfather

Nolte is to play the role of Amandus, a man who suffers from Alzheimer’s. When it becomes apparent to Amandus’ family how much his illness has progressed, his granddaughter Tilda takes him on one last adventure — which causes some stress in the family.

While Til Schweiger’s daughter, Emma, played that role in the German version, the Hollywood remake will star Nolte’s own child, the 10-year-old Sophie Lane. Aged 77, Nolte is doubtlessly plausible in the character of a grandfather.

Matt Dillon is taking on the role of Amandus’ son and Tilda’s father. British actor Emily Mortimer plays his wife. The mother of Mortimer’s character will be portrayed by Jacqueline Bisset, a woman who likes to flirt with Amandus.

Til Schweiger on the international scene

The German actor and filmmaker has extensive experience in the US: His ex-wife Dana Schweiger is American and the pair lived in Los Angeles in the 1990s. He also appeared in Quentin Tarantino’s Inglourious Basterds in 2009.

Remakes of German movies are rare in the US. The new English version of Head Full of Honey is set to be released next year.