The final and third round of Groups C and D of the 2018 World Cup, to be played on Tuesday, will determine the teams that qualify to the tournament’s Round of 16. In Group C, Denmark will clash with France at 4:00 pm, while Australia will face Peru at the same time. 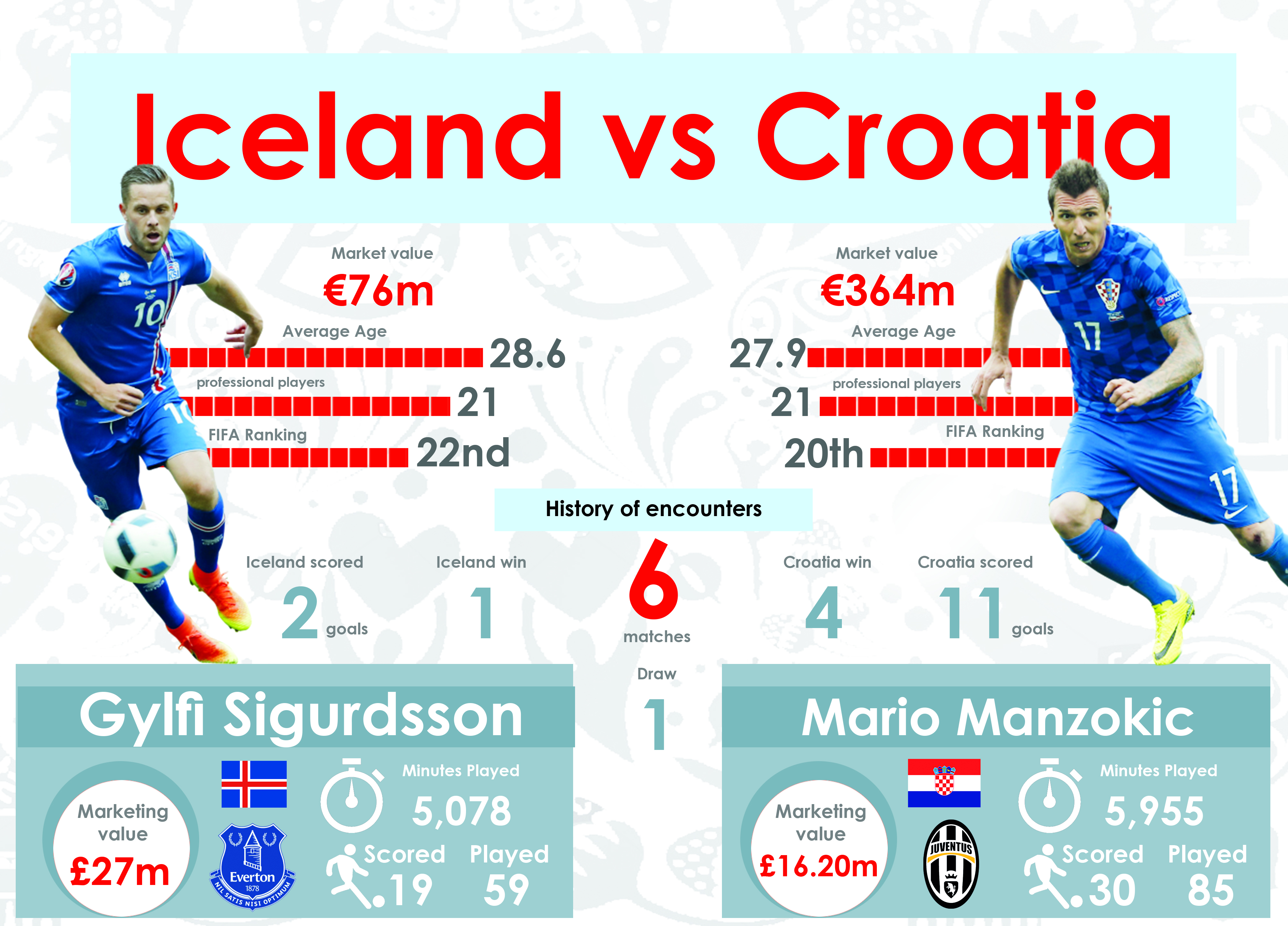 Luzhniki Stadium in Moscow will witness a difficult challenge for Denmark when they face the Blues, as they need the game’s three points to secure their qualification to the next stage regardless of the other game’s result. The Danes aim to go further in the competition, after they had failed to participate in the 2014 World Cup and exited from the group stage in the 2010 edition in South Africa.

Denmark enters the Tuesday game holding four points, and they need at least a draw against France in their last game to guarantee a last-16 spot.

France, on the flip side, suffered just one defeat in their last 14 games across all competitions. They come into the clash on the back of two wins against Australia and Peru in their first two games at the 2018 World Cup. They sit atop the Group C table and are already qualified for the next stage of the competition. Drawing with Denmark will be enough for the Blues to maintain their lead of the group.

On the other hand, Australia, with one point gained from drawing with Denmark, is clinging on by the fingertips. They need to win their final match against Peru at Fisht Stadium in Sochi to stand any chance of going through to the next stage.

The Australian team, in third place in Group C, will fight to win their last game and score as many goals as possible, with the hope that Denmark will lose to France. 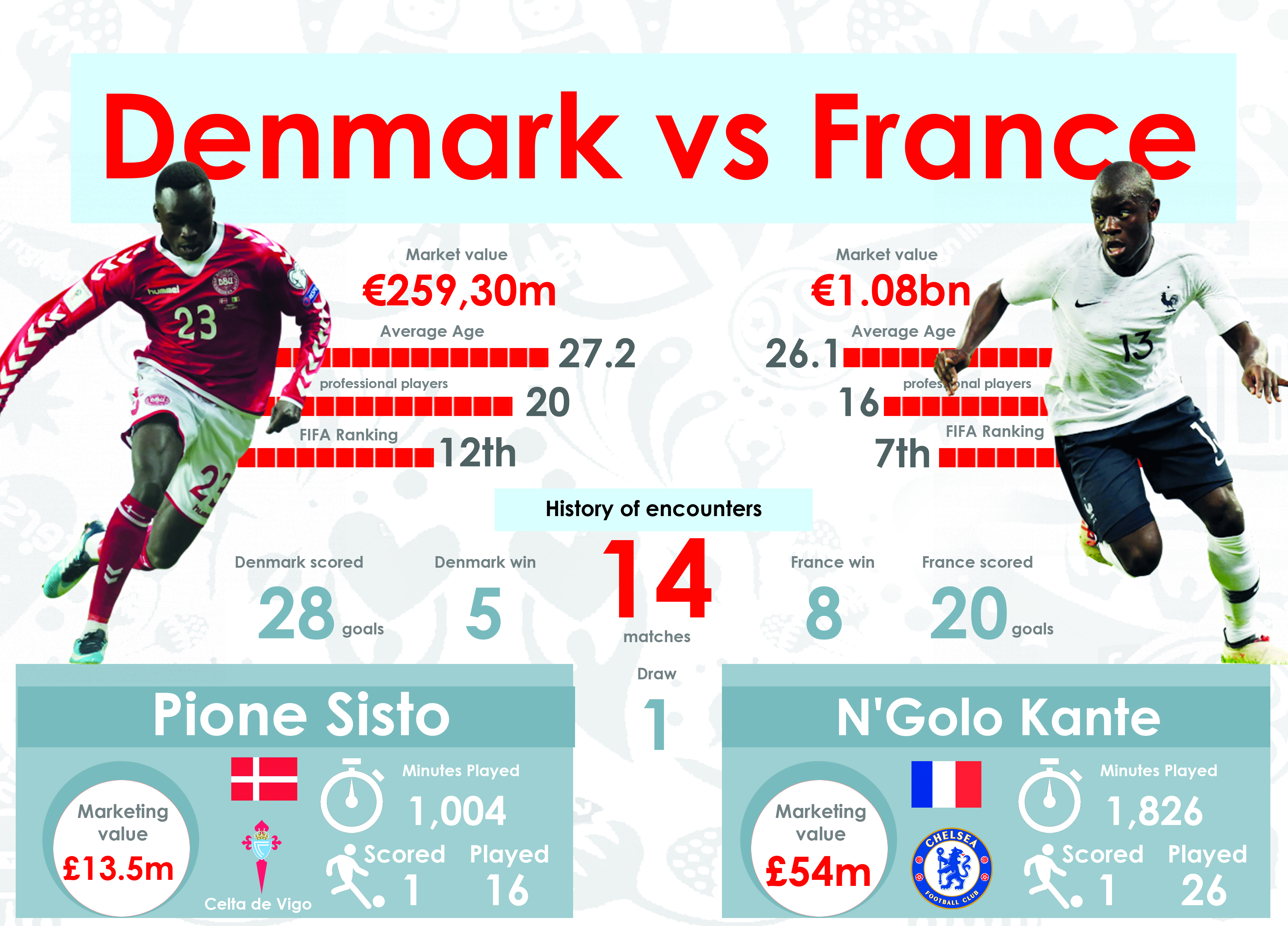 Also on Tuesday, the third round of Group D will be held at 8: 00 pm, as Argentina has one final shot at staying alive when they face Nigeria in their last clash at Saint Petersburg Stadium. Having drawn with Iceland and been defeated by Croatia, Messi and company, who are on the brink of elimination from the World Cup, need to beat Nigeria to qualify for the Round of 16. Victory against the African team, which Argentina has beaten in all four previous World Cup encounters, would secure qualification for the next stage, as long as Iceland does not surprisingly beat already-qualified Croatia. Even if Iceland claims a first-ever World Cup victory, the 2014 World Cup runners-up, Argentina, could still progress on goal difference.

Nigeria, with three points collected from beating Iceland, will focus on holding off those below them when they face the Cowmen. Nigeria needs only one point to reach the knockout stage, regardless of the other game’s result.

Iceland, with one point, will meet Croatia at Rostov Arena in a live-or-die match aiming to achieve their first World Cup victory. Iceland could survive with a win and a Nigeria loss or draw, depending on goal difference. In one of the 2018 World Cup’s surprises, Iceland drew with Argentina in their opening game, but lost to Nigeria.

The Croatian team, presenting a stunning performance so far, will enter their last group stage game with six points gained from beating Nigeria and Argentina, and they aim to maintain the group’s lead, whether by winning or drawing with Iceland.

World Cup 2018: Timo Werner’s quality is about more than just the numbers

World Cup 2018: Cavani off the mark as Uruguay beat Russia to top spot