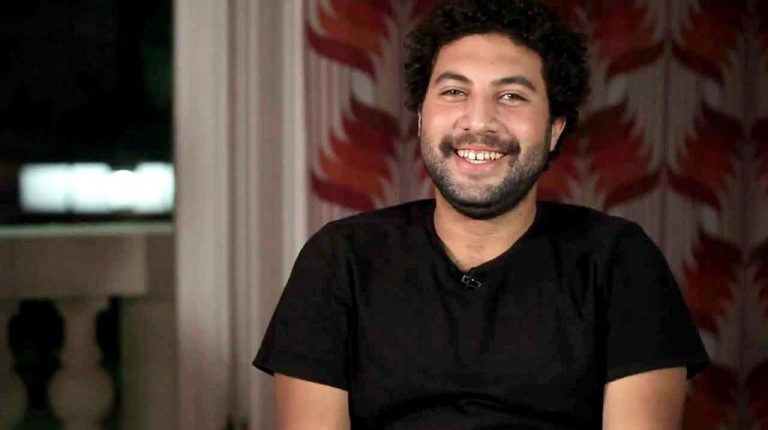 This spring, International Film Festival Rotterdam (IFFR)’s Hubert Bals Fund (HBF) selected 11 projects by both upcoming talents and established filmmakers to receive €10,000 each for Script and Project Development. Additionally, two co-productions were selected for the NFF+HBF Co-Production Scheme and received €50,000 each from the Netherlands Film Fund. The Dutch producers working on these two projects are Keplerfilm and Rinkel Film.

Marit van den Elshout, head of IFFR PRO, said: “This year feels extra special to us, because 2018 marks the 30th anniversary of the Hubert Bals Fund—a good moment to reflect on what we have accomplished in supporting quality independent cinema since 1988. This year, we received a remarkably high number of applicants with project proposals of exceptional quality. We’ll just take it as an indicator of our success that our shortlist was not short at all. I’m happy to say that we have selected two new projects from previous winners of IFFR’s Tiger Competition as well as four feature film debuts, among other projects.”

The NFF+HBF Co-Production Scheme is a joint initiative by the Netherlands Film Fund and the Hubert Bals Fund. Two grants of €50,000 are awarded to two projects with Dutch co-production partners. Both selected projects previously received HBF support for development in 2017. Feathers of a Father by Egyptian filmmaker Omar El Zohairy is co-produced by Keplerfilm and Nasir by self-taught Indian filmmaking talent Arun Karthick (The Strange Case of Shiva, IFFR 2016) is co-produced by Rinkel Film. From September 2017 through January 2018, Karthick participated in the BoostNL programme with Nasir.

Born in Cairo in 1988, Omar El Zohairy studied film directing at the Higher Institute of Cinema in Cairo. During his studies, he worked as an assistant for Yosry Nasrallah and Ahmed Abdallah, among many other prominent film directors from Egypt. His first short feature film, Breathe Out, premiered at the 8th Dubai Film Festival and won the jury special mention prize at Muhr Arab Short Competition. Breathe Out competed at the 34th Montpellier Mediterranean Film Festival – Cinemed. His second short, The Aftermath of the Inauguration of the Public Toilet at Kilometer 375, was selected by the Cannes Film Festival’s Cinéfondation 2014. It was the first Egyptian film to be selected in the competition. The film won several awards including best student film at the Palm Springs Short Fest and best short film at the 36th Durban International Film Festival.

Four films have been selected within the HBF Voices scheme. Among them are the new projects of two previous Tiger winners: Come Here by Thai filmmaker Anocha Suwichakornpong (who won a Tiger Award at IFFR 2010 for her debut Mundane History) and Gemelos celestiales by American filmmaker Niles Atallah (whose Rey won the Special Jury Award in the Tiger Competition of IFFR 2017 and was supported by HBF in 2013). Alexis Dos Santos is supported for his project The Sex Life of Dolls. The Argentinian filmmaker has strong ties with the festival; his film Glue received HBF support in 2004 and 2005 and two of his films were presented at CineMart (Unmade Beds in 2007 and Random Strangers in 2010). Border Bride by Chinese artist and filmmaker Wang Bing is also supported in HBF Voices. Wang has a longstanding connection to IFFR as well; alongside his filmmaking debut Tie Xi Qu: West of the Tracks – Part One: Rust (supported by the HBF in 2002), his films received HBF grants in 2003 (The Ditch, also presented at CineMart 2006), 2007 (Crude Oil), and 2014 (Bitter Money).

Festival director Bero Beyer said: “The HBF finds that projects are in need of support in the final phase of production. And Dutch post-production houses are up for the task of delivering solutions for international independent films, with a real commitment to IFFR cinema. The new collaboration between the HBF and the Netherlands Post production Alliance (NPA) intends to bridge the gap. This endeavour is a first step towards further solidifying post-production support for HBF projects and quality cinema.”

Marit van den Elshout, head of IFFR PRO, said: “The role of the HBF will be to select, connect, and present. Films selected and previously supported by the HBF are introduced to the members of the NPA, who will then support these projects and take on a role in the post-production process.”

Peter Warnier, board member of the NPA, said: “One of the reasons we founded the NPA is to broaden the horizon for Dutch post-production. So we are thrilled to collaborate with IFFR to direct more independent films to the Netherlands. It promises to be a fruitful team effort, benefiting both the Dutch post-production sector and international cinema.”

The Hubert Bals Fund (HBF) of International Film Festival Rotterdam (IFFR) provides financial support to remarkable feature films by innovative and talented filmmakers from Africa, Asia, Latin America, the Middle East, and parts of Eastern Europe. Since the fund’s establishment in 1988, more than 1,100 projects have received support. Each year, a rich harvest of films supported by the HBF is presented at IFFR and at various major festivals around the world.