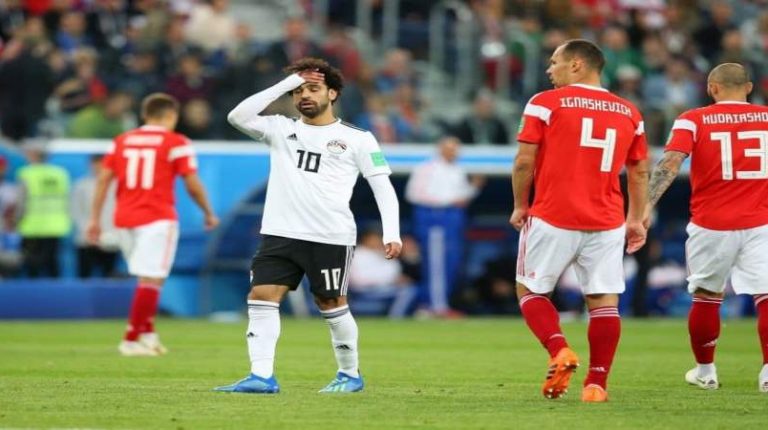 Parliament’s youth and sports committee intends to form a fact-finding committee to investigate the violations committed by the national football team mission in Russia during their participation in the 2018 World Cup and their exit from the tournament without achieving any successes.

The parliamentary committee issued a statement on Tuesday, which Daily News Egypt obtained a copy of, announcing that they will investigate the previous remarks of a member of the Egyptian Football Association (EFA) when he threatened to reveal “the hidden issues” after being excluded from the presidency of Egypt’s mission to Russia. Noteworthy, that EFA member indeed travelled to Russia as a member of the World Cup mission despite being accused of stealing the national team’s uniforms and selling them.

According to parliament’s statement, the fact-finding committee to be formed will investigate the reasons behind the EFA’s decision to hold the national team’s base camp in Grozny, Chechnya, which is 5,300 miles (8,529 km) away from the stadiums that hosted Egypt’s World Cup matches. The long distance cost the team hours of flying, which exhausted them and affected their performance in the games. The statement mentioned that other Arab teams chose different places to hold their base camps near the venues of their matches.

The fact-finding committee will also investigate the reasons behind allowing a group of artists and businesspersons to enter the team’s camp to take photos with the players, which also affected the players’ concentration during the matches.

The statement noted that the EFA violated its agreement with parliament to form an independent committee, including members of the Administrative Control Authority (ACA) and Homeland Security, to take charge of selling Egypt’s World Cup match tickets. Parliament criticised the EFA for causing several problems for star player Mohamed Salah by using his photo in advertising campaigns without his permission.

The parliamentary committee also criticised the EFA for involving Salah in political disputes between the UK and Chechnya when they forced the team to have dinner with the president of Chechnya, Ramzan Kadyrov, who is accused of human rights abuses.