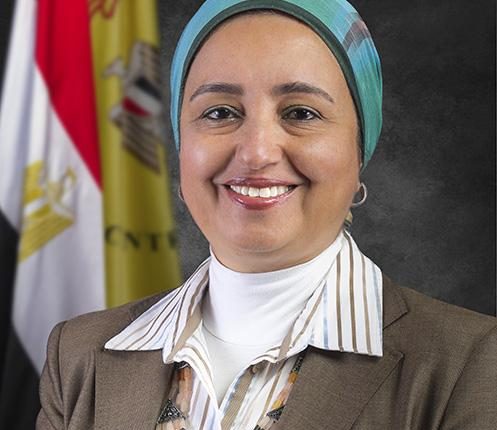 The Central Bank of Egypt (CBE) is expected to launch the innovation support fund it previously announced earlier during the first half (H1) of 2019, according to Lobna Helal, deputy governor of the CBE.

CBE Governor Tarek Amer revealed in February 2018 that the CBE is considering launching a fund to support and finance innovation and distinct ideas in the Egyptian market with EGP 1bn.

In response to Daily News Egypt’s questions, Helal said that the CBE aims to prepare well to launch the fund, as it is studying the experiences of other countries in that regard and takes the opinion of international advisers regarding it before its launch.

Helal pointed out that the CBE has not specified a certain time to launch the fund; however, she expects the launch to take place during H1 2019, noting that the fund’s capital will be fully injected by the CBE.

“At first, the CBE targeted directing the funding through this fund to private innovation projects only; however, other fields were added, depending on the result of the current studies,” Helal said.

She stressed that the fund is keen on supporting young people through several aspects, including establishing the fund and entering into a partnership with Nile University in July 2017, with the aim of developing, qualifying, and enhancing the abilities of young entrepreneurs in small and medium enterprises (SMEs).

In a related context, Helal revealed that banks working in the local market injected EGP 85bn to fund SMEs within the CBE’s initiative since its launching in January 2016 to date.

Helal stressed that banks are able to inject the remaining EGP 200bn allocated for the initiative before the specified end date in January 2020.

She explained that the lending rates of these projects at banks were slow at first; however, they are gradually increasing, which will enable banks to inject the full EGP 200bn on time with great ease.

Helal participated on Tuesday in the graduation of the first batch of entrepreneurs from the MINT incubator affiliated with EG Bank.

During the celebration, Nidal Assar, CEO and managing director of EG Bank, said that the bank’s customer base increased to 200,000 compared to 20,000 over the past three years, thanks to its new strategy to support youth.

He added that the bank’s investments increased from EGP 11bn three years ago to break the limit of EGP 60bn at present, noting that the bank increased its branch network from 19 to more than 50 branches, aiming to take the number to over 60 branches in the upcoming period.

According to Assar, the bank adopted a different policy from other banks to support young people to create a generation of entrepreneurs with awareness.

The celebration included presenting the products and services offered by 10 startups, as well as the required volume of investments and the expected revenues.

According to Assar, establishing the MINT incubator shows the bank’s seriousness regarding the importance of the youth sector in its vision and strategy.

He added that MINT is the first initiative to be launched by one of the banks in Egypt beyond offering banking services. It is a specialised platform that allows young people to develop their abilities and present them to the world of banking. Through it, the bank aims to create effective connections with young people to communicate with, enhance exchanged learning, and improve the future.

Assar pointed out that this is in accordance with EG Bank’s future plan, which aims to guarantee financial inclusion for young people by meeting their financial and banking needs, providing them with services, and developing their abilities to communicate with investors for a chance to be part of the Egyptian economy in the upcoming period.

MINT is one of the largest incubators in Egypt and the Middle East. It aims to develop the scientific, technical, practical, marketing, and financial skills of startups without limiting the offered banking services.

The incubator was launched in partnership with Cairo Angels, which is an intensive three-month programme designed for companies that already have a product and not just an idea, as the incubator aims to provide startups with chances to develop their work and improve their level to attract investments.

MINT launched its first training course in early March 2018 with the aim of supporting 10 promising startups out of 120 applicant companies.

The graduating batch benefited from a series of intensive workshops offered by EG Bank and its partners to speed up the business pace of the companies and improve the skills of its teams. The workshops included explaining funding mechanisms, sales, marketing, accounting, law, governance, and branch promotion.