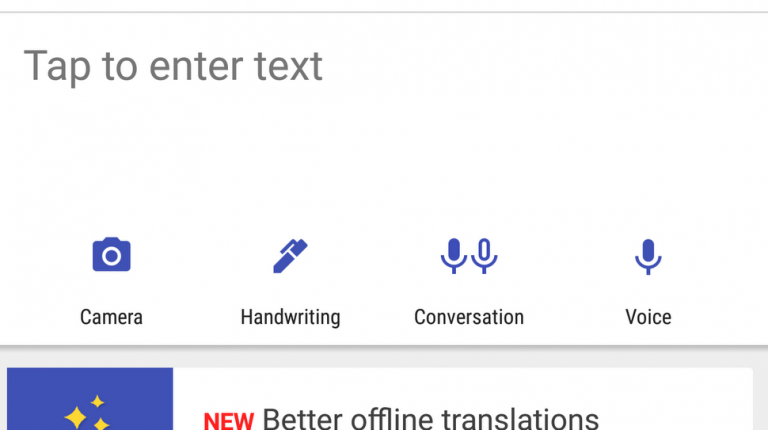 Two years ago, Google introduced neural machine translation (NMT) to Google Translate, significantly improving accuracy in translations. Today, Google is putting that technology in the Google Translate apps on Android and iOS so that users can get those high-quality translations while their phones or desktops are offline. Google is not just enabling these translations to function offline—they have taken it a step further by building on-device neural networks so that everything happens on the device.

Generally, the neural system translates whole sentences at a time, rather than piece by piece. It uses this broader context to help it figure out the most relevant translation, which it then rearranges and adjusts to be more like a human speaking with proper grammar. Since it’s easier to understand each sentence, translated paragraphs and articles are a lot smoother and easier to read. All this is possible because of an end-to-end learning system built on Google’s Neural Machine Translation, which basically means that the system learns over time to create better, more natural translations.

Offline translations can be useful when travelling to other countries without a local data plan, when a person has no access to internet or cellular data.

Since each language set is just 35-45 MB, they will not clog up storage space on phones when downloaded.

New EU Copyright Law: Will Upload Filters Destroy the Internet as we Know it.?