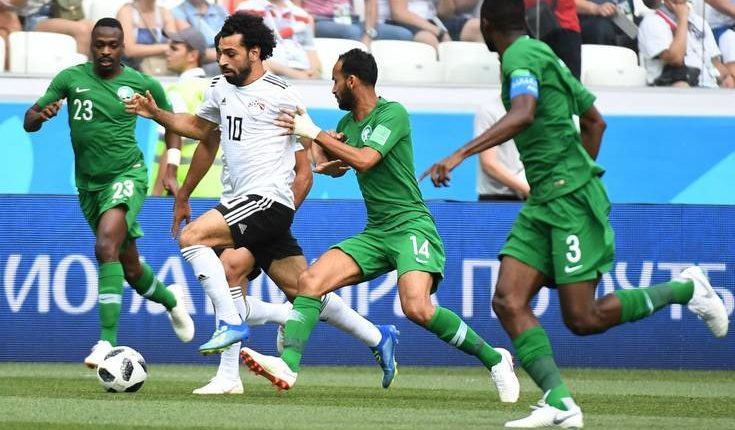 In a piece titled the “Mondial Scandal”, published in state-owned newspaper Al-Ahram, Farouk Goweida described Egypt’s loss as a tragedy caused by corruption in the sports business and the turning of the event into a purely commercial and advertising profit-maker.

As for the newspaper’s writer Samir Shehata, there were several “non-innocent” actions done, including by the Egyptian Football Association (EFA), which according to him, could not have genuinely failed to assess the political exploitation of the national team and its star Mohamed Salah by Chechen leader Ramzan Kadyrov. Moreover, the planned but miscalculated showy visit of Egyptian actors to the World Cup backfired, attracting public criticism.

Chaos was the cause of Egypt’s defeat, according to sports critic Hassan Al-Mestekawy in the privately-owned newspaper Al-Shorouk. He blamed the EFA for not only choosing Grozny as the team’s training base, but for failing to properly respond to criticism and making false statements about whose responsibility it was.

The writer further pointed to incidents suspected to be caused by corruption, including one where the FIFA was looking into why thousands of Egyptian seats remained empty during the first match against Uruguay, highlighting a local problem with ticket sales on the black market, making Egyptian fans “the only ones on Earth having to suffer to get a ticket for a big game.” Al-Mestekawy also criticised the team’s coach, Hector Cuper.

Emad El-Din Hussein, Al-Shourouk’s editor-in-chief, opined that harsh criticism should not be fully directed at the team, but rather at the management and training, which were obviously neglected, calling on EFA board members to resign, not only because of the many accusations they faced, but also as a gesture to step up to the technical and ethical responsibility for what happened.

Al-Masry Al-Youm’s Mohamed Amin said the team is not to blame alone, but that there should be investigations into several corruption possibilities by other entities.

Egypt was not the only Arab country with poor performance in the World Cup, which stirred mockery and criticism on social media. Talal Salman wrote about the idea of how much the Arabs’ football performance said about their political future in a piece for Al-Shorouk. Salman said the Arab public was left disappointed and feeling behind, and that despite some competence shown occasionally, it was not enough to keep the four Arab teams in the World Cup, because it takes careful strategic planning and long-term training, which Arabs should learn from.