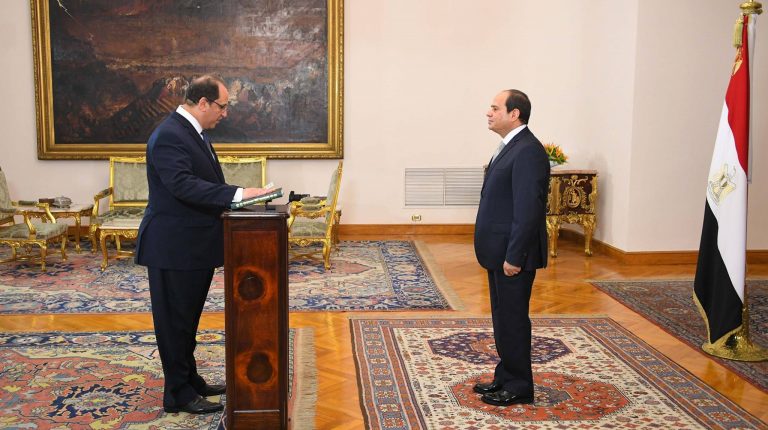 Major Gen. Abbas Kamel was sworn in on Thursday before President Abdel Fattah Al-Sisi as the director of the Egyptian General Intelligence Services (GIS).

Major Gen. Nasser Fahmy, meanwhile, up has been appointed as the deputy chief of GIS.

Last January, Al-Sisi appointed Kamel as interim chief of the GIS after the dismissal of Khaled Fawzi, who was serving as chief of the GIS. The changes came months after Al-Sisi named the former defense ministry secretary general, Mohammed Farid Hegazy, a new armed forces chief of staff, after removing his predecessor, Mahmoud Hegazy, as well as removing the head of the country’s national security agency and other top Interior Ministry officials.

The appointment of Kamel came after Al-Sisi was sworn in before Parliament last month for a second four-year term after a sweeping victory in the presidential election held in March, in which he faced a little known challenger. It further came after the new government headed by Mostafa Madbouly was sworn in before Al-Sisi.

Earlier this week, Parliament approved extending the nationwide state of emergency for three months, for the fifth time since it was first imposed in April last year following two deadly attacks on two churches in Alexandria and Tanta, which led to the deaths of at least 45 people and more than 100 injured.