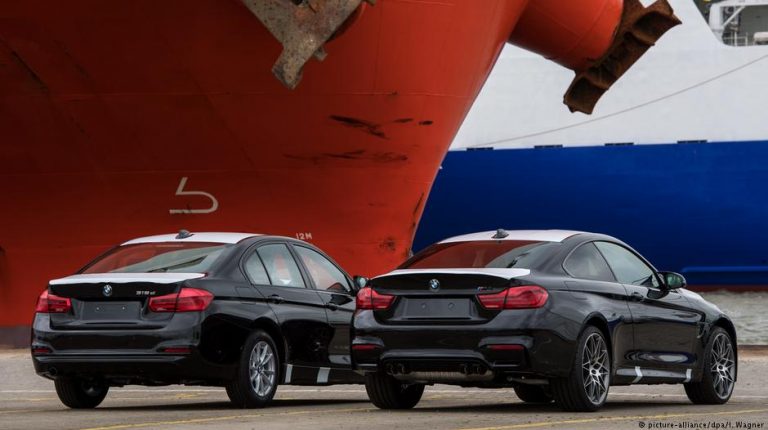 Companies across Germany are getting more nervous and not just sitting idle waiting for Brexit, but are already preparing by looking for individual solutions and expensive work-arounds.The clock is ticking and Brexit is only nine months away. With no clear exit deal on the horizon the situation is looking ever more precarious. And as any MBA knows, uncertainty is not good for complex long term business projects.

Firms within the UK and the European Union are getting nervous and making a broad range of contingency plans. But even making emergency plans — which may never be implemented — is costly. Yet there is the risk that these European problems could be overshadowed by the bigger challenges to global trade caused by the “America First” policy of Donald Trump.

As global manufacturing and export champions, German companies are fighting on many fronts. Paul Maeser, an expert for economic policy at the Federation of German Industries (BDI), told DW that businesses throughout Germany are planning for what they consider “the worst case” in which the UK leaves the bloc without a comprehensive trade and customs deal at all.

Among other measures companies are setting up new facilities, looking for other suppliers that operate within the single market and are hiring people in order to process goods through customs, according to Maeser.

They are even setting up new servers because they are uncertain about “whether the free flow of data is still possible with the UK and the EU.”

What is needed is clarity, but this is exactly the thing Prime Minister Theresa May is unable to provide. One company after another like BMW and Airbus have appealed to the prime minister to be clear about the government’s position and goals; some threaten to close factories and leave all together.

Eric Schweitzer, the president of the Association of German Chambers of Industry and Commerce (DIHK), also warned that time is running out in and interview with the Neue Osnabrücker Zeitung newspaper on Saturday. “Extreme uncertainties” must be cleared up, because without a trade deal “Britain then would have the same status as Mongolia.”

The group has also created an eight-page checklist for companies “Are you ready for Brexit?” which highlights topics that are of interest to all companies doing business with the UK at the moment — everything from the movement of goods and transport issues to financial services, taxes and contracts.

Whereas many in continental Europe are excited about welcoming companies and their employees from London, Maeser is not so enthusiastic. Besides new administrative burdens and moving costs he argues that “firms are based in the United Kingdom for a reason — they think it is the best place for at least a part of their value chain to do business.” This could be because of the legal or tax systems, the culture or simple the language.

Doing business with a Britain that has crashed out of the EU is possible but tricky. Any trade or other future negotiations would have to walk a tightrope without jeopardizing the relationships between the 27 remaining EU members, or other third countries.

“The single market is way more than what’s considered a regular free trade agreement as we have with a lot of external countries and that’s why we also say as a business community we want to have the closest ties with the UK that are possible,” says Maeser.