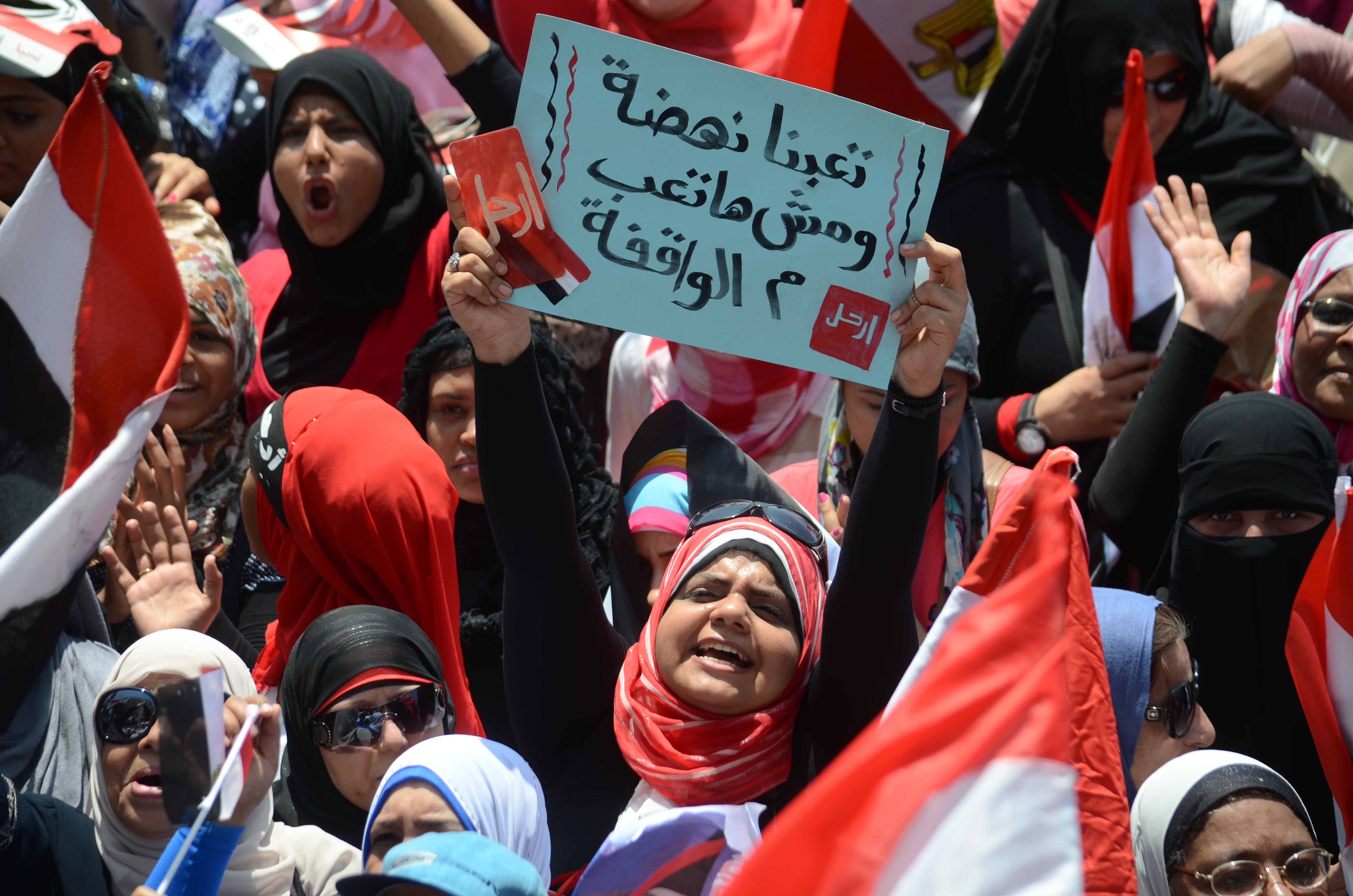 The president of the National Council for Women (NCW), Maya Morsi said in a press release on the occasion of the 30 June uprising that  it played an important role in changing the agenda of Egyptian women, noting that Egyptian women also had an effective role in the uprising.

Morsi referred to the deterioration and decline of women`s status prior to the 30 June uprising, explaining that women suffered at the legislative level due to the abolition of quota and reducing the age of marriage and the presence of calls for the abolition of the NCW and the establishment of a parallel mechanism.

She continued that these bad conditions went further,e until the uprising took place, when women refused to diminish their rights, and were in the first rows in the uprising.

“The effective national participation of Egyptian women led to the institutionalization of mechanisms to support Egyptian women by including in the 2014 Constitution articles that guarantee equality between women and men in all rights,” Morsi asserted, adding, “Egyptian women have accomplished many important achievements, in terms of enabling them to reach decision-making positions, of which woman became for the first time a governor, national security adviser to the president, deputy governor of the Central Bank of Egypt, in addition to the appointment of six women as deputy to the head of the State Commission for the first time, as well as increasing percentage of women ministers to 25%.”

Concerning the legislative level, the NCW Law was adopted, the penalty of circumcision and sexual harassment have been tightened.

Moreover, women’s deprivation of inheritance was criminalized and a clause was included in the investment law, stipulating equality between men and women in investment opportunities and support for small and medium enterprises, in addition to the President Abdel Fattah Al-Sisi’s declaration of 2017 as the year of women in Egypt.

Morsi pointed out that the declaration for 2017 as the year of women, came in regards to the strategy of empowering Egyptian women 2030, which was approved by President Sisi for the coming years.

She stressed that Egyptian women continue to support their country, in order to maintain its security and stability.