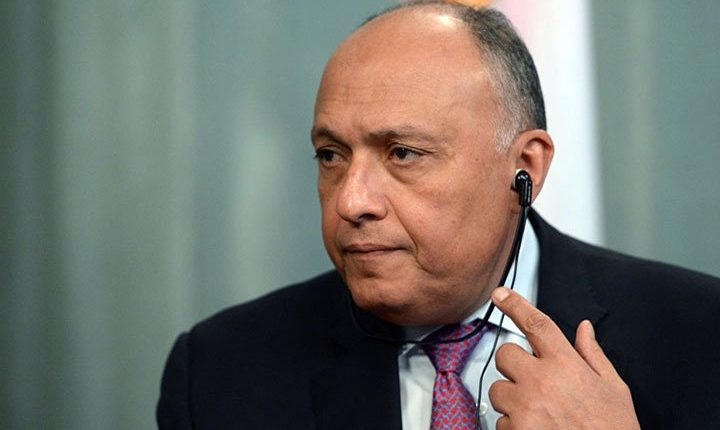 Egypt’s Foreign Minister Sameh Shoukry met with a number of African counterparts, on the sidelines of the 31st African Union Summit, taking place in Mauritania, that will kick off on Sunday.

The meetings mainly focused on reviewing and enhancing bilateral relations, as well as discussing regional updates.

In his meeting with the Ugandan Foreign Minister Sam Kutesa, the two leaders discussed a number of decisions by an Egyptian-Ugandan joint cooperation committee, which included setting up a 4 MW power plant in Uganda.

During the meeting, Shoukry further proposed forming a joint business council that will focus on developing relations between the two countries.

Shoukry also met with his Tanzanian counterpart, where they discussed Egyptian-Tanzanian investment, and ways to enhance trade and energy cooperation.

The talks with the Tanzanian counterpart further included discussions on negotiations of the Grand Ethiopian Renaissance Dam.

Shoukry also held meetings with his Libyan counterpart, in which he pledged that Egypt will continue to return dialogue between Libyan factions to restore stability.