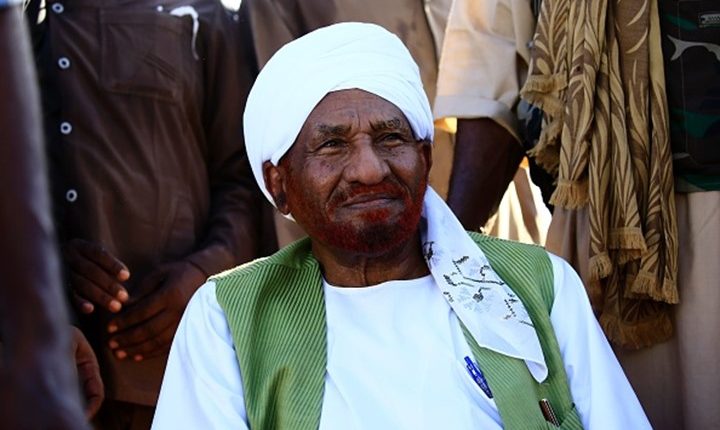 The Egyptian authorities at Cairo Airport on Sunday blocked Sudanese opposition leader Sadiq Al-Mahdi from entering the country after his return from Berlin to attend a meeting for the Sudanese opposition with the German government to discuss solutions for the political crisis in Sudan.

According to a statement from the Umma Party of Sudan, to which Al-Mahdi belongs, he headed to a “friendly” country after being detained at Cairo Airport for about 10 hours. The statement mentioned that Egypt demanded Al-Mahdi not to participate in the meeting of the Sudanese opposition in Berlin, which was considered by Al-Mahdi as foreign intervention in Sudanese internal affairs.

Al-Mahdi has been living in exile in Egypt since March; he was free to travel and move during that period. He headed to London after the 10-hour detention at Cairo Airport.

The move was considered an “unprecedented aggressive action from the Egyptian government,” the party said in the statement.

In April, Al-Mahdi, who was a former prime minister of Sudan, was accused by the current Sudanese government of collaborating with rebel groups and conspiracy. He is also the leader of the “Nidaa Sudan” movement, that includes several political and armed movements.