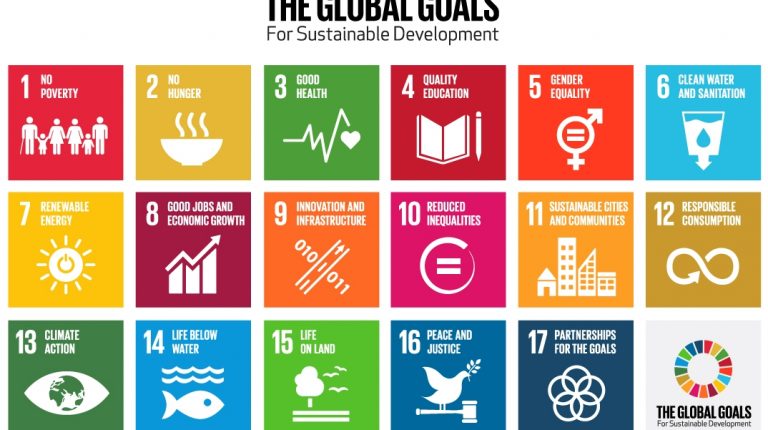 Minister of Investment and International Cooperation Sahar Nasr and Minister of Planning and Administrative Reform Hala El-Said are expected to participate at the High-Level Political Forum on Sustainable Development, which will be organized from 9 to 18 July, at the UN headquarters in New York, said sources.

One of the two ministers will present the country’s Voluntary National Reviews towards achieving the sustainable development goals on 17 July, sources added.

The national strategic plan’s three dimensions, which include economic, social, and environmental, are based on ten pillars covering broadly the SDGs, mentioned the key messages report of the Voluntary National Review, adding that the plan provides programmes, policies, and measurable indicators, in order to put Egypt on the right path toward sustainable development.

Economic fundamentals are stabilizing with the reduction in fiscal deficit

Egypt embarked on a very comprehensive and homegrown economic reform programme that is supported by the international financial institutions staring November 2016, said the report adding that the government of Egypt took very bold and timely measures, as well as overdue reforms to put the economy on the path towards a more stable resilient economy.

“After a challenging year, economic fundamentals are stabilizing with the reduction in fiscal deficit, curbing in the rate of inflation, waning in external deficit and increasing in the growth rate of output; all of these are met with increased confidence from domestic and international investors,” mentioned the report.

Egypt’s government is committed to pursuing its agenda of economic reforms, as a means to create an enabling environment for inclusive growth and sustainable development, noted the report.

The report said that Egypt is mindful of the vulnerable groups who are likely more adversely affected by stabilization and reform programmes, adding, “ in order not to leave anyone behind, the government of Egypt has scaled up its social protection programmes and has improved their target mechanisms. In addition, the government of Egypt is allocating more resources to the more deprived areas to provide a better quality of public services and infrastructure.”

The report noted that Egypt is pursuing an ambitious plan to upgrade its infrastructure across all sectors and all regions within the country, adding that the energy sector witnessed a substantial upgrade in its capacity to produce, transport, and distribute electricity.

The report said that Egypt increased its capacity to produce electricity by at least 15 GW of electricity using very advanced, sustainable, and efficient technologies, noting that the energy strategy aims at increasing the share of the renewable energy to reach 42% by 2035.

The government has also enacted major reforms in the legal framework of its electricity sector, whereby it started opening the door for increased participation of the private sector and effective regulatory role of the state mentioned the report.

All of the governmental efforts in the energy sector are consistent with Egypt’s vision to become the energy hub of the Eastern Mediterranean, added the report.

Moreover, the Egyptian network of highways witnessed major extensions and improvements, said the report, noting that the national highway project is a much-needed project to link distant parts of Egypt beyond the main cities and the Nile Valley, in order to create economic opportunities and to expand beyond the narrow valley.

The report added that the growing population is consisting mainly of youth, which represents both a challenge and an opportunity, however, noting that it is a challenge, since the government needs to continuously scale up the country’s infrastructure and housing units, especially for low-income groups, which explains Egypt’s heavy investment in infrastructure and social housing projects.

On the other hand, this young sizeable population would be an asset if these young people obtain adequate quality education and training, to prepare them for the fourth industrial revolution, mentioned the report.

The report said the water scarcity within Egypt and regionally is a key challenge for the growing population, especially that the agricultural sector consumes almost two-thirds of its supply of fresh water, noting that ensuring sustainable water resource management is a matter of a high priority to the government.

Role of the private sector, civil society is key in the realization of sustainable development goals

The report emphasized that Egypt Vision 2030 and the 2030 Agenda for Sustainable Development are implemented by engaging all stakeholders, adding that the role of the private sector and the civil society is key in the realization of these goals.

The inclusivity and transformability aspects of the 2030 Agenda and its national counterpart necessitate an active contribution from the private sector and the civil society in the achievement of all the goals, said the report, noting that the government of Egypt realizes this fact and is capitalizing on the positive synergies between the governmental efforts, private sector efforts, and civil society efforts to achieve this ambitious agenda.

Forty-seven countries including Egypt will participate at the forum, including developed and developing countries, will speak on the actions they are taking to achieve the goals, during the three-day ministerial meeting from 16 to 18 July, when they will present Voluntary National Reviews.

The theme of this year’s forum is “transformation towards sustainable and resilient societies” and a specific set of goals will also be reviewed in depth, mentioned the advisory.

Meanwhile, António Guterres Secretary-General, United Nations said that the 2030 Agenda for Sustainable Development provides a global blueprint for dignity, peace, and prosperity for people and the planet, now and in the future, noting that after three years into the implementation of the agenda, countries are translating this shared vision into national development plans and strategies.

Guterres added in The Sustainable Development Goals Report 2018 that the report highlights progress being made in many areas of the 2030 Agenda, noting, “since the turn of the century, the maternal mortality ratio in sub-Saharan Africa has declined by 35% and the under-five mortality rate has dropped by 50 %.”

Additionally, Guterres said that a South Asian girl’s risk of marrying in childhood has declined by over 40%, while in the least developed countries, the proportion of the people with access to electricity has more than doubled.

The secretary-general mentioned that labour productivity has increased globally, the unemployment rate decreased, and more than 100 countries have sustainable consumption and production policies and initiatives.

The Sustainable Development Goals Report 2018 shows that in some areas, progress is insufficient to meet the agenda’s goals and targets by 2030, which is especially true for the most disadvantaged and marginalized groups, he noted.

“Youth are three times more likely to be unemployed than adults. Less than half of all children and adolescents meet minimum standards in reading and mathematics,” said Guterres, adding that in 2015, 2.3 billion people still lacked even a basic level of sanitation service and 892 million people continued to practise open defecation.

“Close to 1 billion mostly rural people still lack electricity. In sub-Saharan Africa, the HIV virus incidence among women of reproductive age is 10 times the global average. Nine out of 10 people living in cities breathe polluted air. And, while some forms of discrimination against women and girls are declining, gender inequality continues to hold women back and deprives them of basic rights and opportunities” he said.

Guterres said that conflict, climate change, and growing inequalities are additional challenges and after a prolonged decline, the number of undernourished people rose from 777 million in 2015 to 815 million in 2016, mainly due to conflicts, drought, and disasters linked to climate change.

In 2017, the North Atlantic hurricane season was the costliest ever, and the past five-year average global temperature is the highest on record, he added.

Today’s technology makes it possible to collate the data we need to keep the promise to leave no one behind, said Guterres noting, “we need political leadership, resources, and commitment to using the tools now available.”

“With just 12 years left to the 2030 deadline, we must inject a sense of urgency. Achieving the 2030 Agenda requires immediate and accelerated actions by countries along with collaborative partnerships among governments and stakeholders at all levels,” said Guterres.

The objective of reform initiatives is to be more effective, cohesive, and accountable, said Guterres, adding, “we stand ready to work with all member states to make the Sustainable Development Goals a reality for everyone, everywhere.”

Egypt to participate at UN High-level Political Forum in July