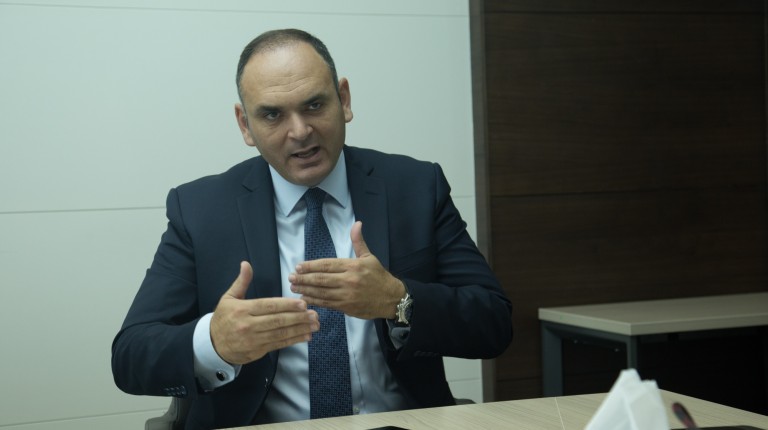 Hyde Park Developments aims to achieve contractual sales of its projects worth EGP 4bn this year, based on the continued movement of the real estate market, according to CEO Amin Serag.

Serag noted that the company has achieved EGP 3.7bn in sales, last year.

He pointed out that 800 units have been delivered to customers, thus far and another 400 units are currently being marketed.

“In July, we will have about 1,000 units ready for delivery to customers, reflecting the volume of work being done to speed up project implementation rates, which is scheduled for delivery in 2024,” Serag said, adding, “fuel price hikes decision is not a surprise for us. In our recent contracts with the contractors only, there was a margin of increase based on the volume of price movement. We agreed with the contractors who work for us to prepare a study on the margin of expected increase and calculate that percentage.”

He expected that the range of unit’s price hikes is between 5% and 10%, further, each developer has his internal calculations to add price increases.

Nevertheless, he confirmed that that the current time is typical to increase dependence on real estate finance, as prices continue to spike with the stability of purchasing power of customers.

He elaborated that mortgage finance can solve financial problems of the developer and client at the same time, expected that developers will be cautious in the coming period, before adding any new increases, which will be very gradual.

Regarding administrative activities of the company, Serag revealed that the administrative part of the project includes 22 buildings, which are marketed in two phases. The first consists of 11 administrative buildings, with EGP 3bn targeted sales, with an average area of between 8,000 sqm and 10,000 sqm per building.

“ Four buildings were fully marketed and sold. Currently, the next phase will be offered for sales and leasing, and for the second phase, which includes 11 other buildings, it is planned to be offered by the end of 2019 and early 2020, with beginning the project’s implementation by the end of August,” he added.

Last year, real estate export accounted for about 20% of sector’s achieved sales, according to Serag.

He noted that his company aims to achieve more distinctive rates in the area of property export, during the current year, especially since the company has a large and distinguished customer base abroad and especially in the Gulf countries, given by marketing Hyde Park project when launched in its early stages in these countries.

“Therefore, with the volume of construction in the project, we expect to increase the number of non-Egyptian customers in the coming phases. Last April, we participated in one of the foreign exhibitions in Dubai, which witnessed great visits, as well as, we contracted with agents abroad to market our projects in various markets,” Serag said.