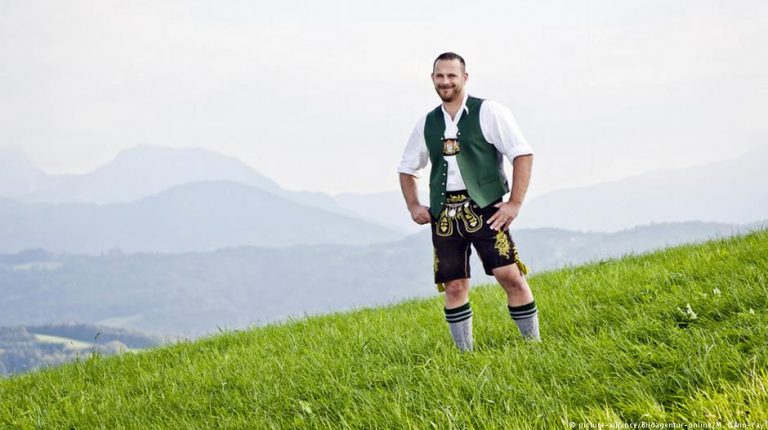 The stereotypical “German” actually reflects many Bavarian traditions. As the current political disputes between Angela Merkel and Horst Seehofer show, the southern German state has its own distinct identity.The gallery above reveals some of the things that make Bavarian culture unique and how the state became synonymous of Germany as a whole.

Apart from these historical and cultural factors, many legendary figures are associated with the southern German state.

Two of the world’s most famous sports brands, for instance, are Bavarian. Adidas and Puma were established by the brothers Adolf and Rudolf Dassler, from the Franconian region.

The businessman Levi Strauss, who famously launched the enduring career of the blue jeans in California, was actually a Bavarian, born in the Franconian town of Buttenheim.

The founders of major companies such as BMW and Siemens were also Bavarian.

A state of culture

Internationally renowned orchestras, theaters, operas, museums and festivals, including the Bayreuth Festival dedicated to Richard Wagner, are based in Bavaria.

Richard Strauss, one of the most important composers of the 19th and 20th centuries, was born in Munich in 1864.

The founder of epic theater, playwright Bertold Brecht was born in the Bavarian town of Augsburg. After being based in Munich for many years, the author of The Threepenny Opera lived in exile during the Nazi period.

The wunderkind of German cinema, Rainer Werner Fassbinder, was another famous Bavarian. By the time of his death in Munich at the age of 37, he had completed over 40 films, 24 plays and two TV series.