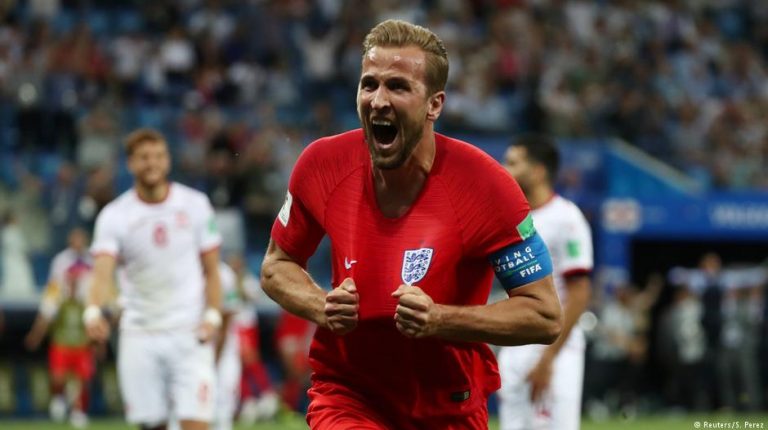 England face Colombia in a bid to reach a first World Cup quarterfinal in 12 years, with the South American side buoyed by the news James Rodriguez is fit to play. Tuesday also sees Sweden take on Switzerland.Football’s coming home. Or at least that’s what England fans are daring to believe as the Three Lions seek a first knockout round win at any major tournament since 2006. Rationality has rarely been the hallmark of the England fan, yet, for once, the optimism isn’t completely unfounded.

England are on the “right side” of the draw, after all; a 1-0 loss to Belgium in the final match of Group G confirmed their place among a less daunting clutch of World Cup hopefuls. Colombia, England’s last-16 opponents, aside, England’s path to the semifinals appears smooth, with Sweden or Switzerland lying in wait in the quarterfinals. Still, one step at a time; Colombia will more than fancy their chances when these sides line-up in Moscow.

Los Cafeteros survived an early scare to top Group H. Victories against Poland and Senegal atoned for an opening day defeat against Japan that owed much to the sending off of Carlos Sanchez Moreno inside the opening three minutes.

On form, they’re a match for anyone. A muscular, hardworking side with terrifying pace on both flanks and a sprinkling of world class talent. In James Rodriguez, Colombia boast one of world football’s smoothest operators, a player capable of orchestrating play from deep or applying the killer touch himself further upfield. Radamel Falcao, meanwhile, shows little sign of slowing down — the striker bagged 18 goals in France’ Ligue 1 last season — and has a point to prove after a disapointing spell in the Premier League with Chelsea and Manchester United.

A key battle sees Tottenham Hotspur teammates Harry Kane and Davinson Sanchez face off, with the former hoping to further his bid for the Golden Boot. Kane’s five goal haul keeps him top of the scoring charts, one strike ahead of Belgium’s Romelu Lukaku. Sanchez has the ability, pace, and inside information, to make life hard for Kane, however.

Both sides enjoyed excellent group stages, with Switzerland earning a point against pre-tournament favorites Brazil in their opening match and Sweden topping a group including Germany and Mexico. Neither boasts a world class gunslinger, however, relying on midfielders to weigh in with goals whenever possible. Expect a war of attrition in St Petersburg.