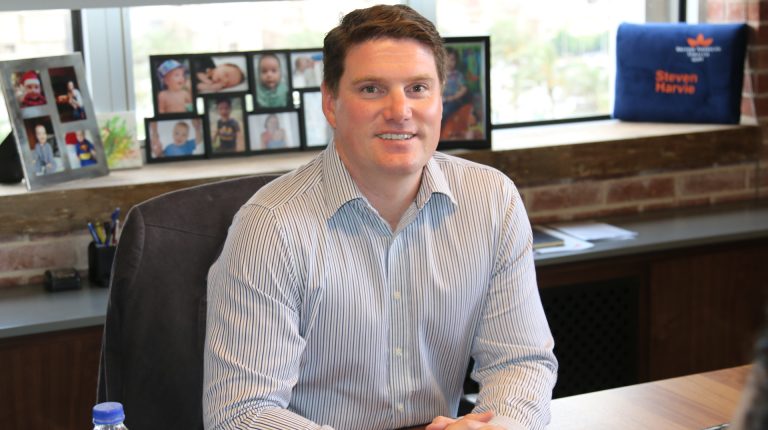 British American Tobacco (BAT) is planning to expand in the Egyptian market as economic reforms in the most populous Arab country start to pay off, with the company mulling investing £30m over the next 12 months, Steven Harvie, the company’s general manager, told Daily News Egypt in an interview at his office.

Harvie, who has been serving as the general manager for the company in Egypt for almost 17 months, said that his company’s relationship with the Eastern Tobacco Company (ETC) is experiencing good times, amid a fruitful cooperation between the two outfits.

The company plans to focus on marketing its Pall Mall cigarette brand during the coming period, in addition to developing other products, according to Harvie. A portion of the investment will also be used to set up the company’s new head office in New Cairo.

Daily News Egypt sat down for an interview with Harvie, the transcript for which is below, lightly edited for clarity:

BAT has a market-leading position in over 50 countries and operations in around 180 countries. Its four largest selling brands are its native brand, Dunhill, and US brands Lucky Strike, and Kent, in addition to Pall Mall, which is owned in Egypt by EC.

Other brands marketed by the company include Benson & Hedges and Rothmans.

BAT has a primary listing on the London Stock Exchange and is a constituent of the FTSE 100 index.

“This growth was driven by the higher regional volume and pricing, notably in Russia, GCC, Nigeria, Turkey, and Egypt, more than offsetting the down-trading in South Africa and GCC. On a constant currency basis, adjusted revenue was up 10.1% at £3.75m,” the company said in its annual report for 2017.

Harvie confirmed that unifying taxes on cigarettes or imposing a unified tax should not be done rapidly as in markets like Greece, Chile, Brazil, Argentina, and Ukraine, where reform came too quickly, the prices on the low tier went up rapidly, DNP exploded, and the governments’ revenue collection was damaged. He pointed out that the government should deploy a phased approach, which BAT can volunteer to assist in shaping.

t tWhat is the current status of the presence of your company in the Egyptian market?

What about BAT’s market share of tobacco market in Egypt?

I think we have a market share of 8-8.5% of the Egyptian tobacco market. We are working towards enhancing our presence in the market, in cooperation with our partner, Eastern Company, which we currently enjoy a strong relationship with. The two companies are working together, with the ETC providing its expertise in manufacturing to the highest international quality standards and BAT providing its international expertise, in areas such as distribution and product development.

How does partnership with Eastern Tobacco Company stand today?

Our partnership with the ETC is a 16-year strategic relationship—a professional, mutually beneficial relationship that includes manufacturing and partnership agreements.

The ETC is a national company that has no discrimination. On the contrary, it is aware of the market mechanisms and the stimulation of partnership agreements. The Pal Mal agreement—the brand owned by the ETC in Egypt—for example, is equivalent to 50% for both parties.

The module of the ETC offers multiple options for consumers, sustaining the industry, and protecting state revenues. For companies operating in the market, there must be freedom of pricing, giving them free access to all tiers and making them grow and achieve profits, and the company can determine the price of their products, in line with global brand strategies and product compatibility with price points in the world.

What about your further investment in Egyptian market?

We have a plan to invest £30m over the next 12 months in Egypt. The company plans to focus on marketing its Pall Mall cigarette brand, during the coming period, in addition to developing other products. A portion of the investment will also be used to set up our new head office in New Cairo.

There are governmental plans to pass another hike on prices of cigarettes; how  will your sales might be affected?

The surge in cigarette prices has had a muted impact on demand. People do not stop smoking. What happens usually is that they cut the number of cigarettes they smoke per day, and then they usually divert to the normal habits again, or they shift to a cheaper product. At BAT, our products are tailored for all types of consumers.

A downgrading trend has been occurring for the last two years in Egypt, due to rapid increases in prices. Smokers have resorted to trading down to cheaper brands, so as to not have to spend more on their smoking habit.

What do you think of current tax system based on three tiers?

The current taxation system, which is based on three tiers, is a socially fair system and gives the consumer multiple choices, where it has multiple brands and products in each tier.

But there has been a gap between the mid and low tiers, and products have been increasing with the price raises over the past two years. This results in downgrading in general, and if the consumer does not find the suitable product for them, they will shift to illicit products, and hence it causes a huge loss to government revenues and the companies as well.

DNP, which is related to weapons trading and smuggling, is increasing rapidly, because consumers are looking for products at lower prices. The smuggling rates surged by 100% in six months.

The solution to this issue is the presence of international products at reasonable prices in the low tier, and this can be achieved only through joint venture with ETC, allowing foreign players to exist in the low tier.

t rWhat is your opinion on outcomes of economic reforms?

I think the reforms are starting to pay off. We could say that the worst is over for the business environment in Egypt. We have experienced hard times since the currency flotation last November, but now the circumstances are getting better. The current political administration has the will to complete what they have started.

The FX (foreign-exchange transfers) crunch is over. How does this reflect on your business?

It is quite true that the FX shortage is now over. Before the flotation, we had to wait for weeks to get our needs from the hard currency. Now, we get all of our needs in just a few days. Local lenders are making hard currency available for all. Sometimes before the pound devaluation, our requests for dollars were refused. Now that this is over, the supply and demand is well-balanced.

Then, how do you see the outlook of the industry in Egypt?

The future outlook for the industry is positive, largely thanks to the economic reforms. In addition, studies by government agencies are underway with regard to the feasibility of tobacco farming in Egypt, with this serving to reduce the country’s reliance on imported raw materials. This reflects the positive outlook for the industry despite the challenges it is facing, with these ranging from price increases to illicit trade.

The investment climate in Egypt is attractive, and the country is on the right track through its economic reform programme, which is not only our own opinion, but many international institutions expect a rise in Egypt’s credit rating over medium to long term.

As a global company, we believe that the Egyptian market is attractive for investment, as long as the market is open to free competition, offering new brands, free pricing, and partnership with local companies.

We are working with ETC to introduce the best products to the Egyptian consumer at an affordable price, such as the EC-owned brand Pall Mall. I think this will attract the international community to increase investments in Egypt.

Minister of finance sets the price of tobacco products

Turkey strikes back at higher US tariffs

Watches and shoes among most counterfeited products in EU