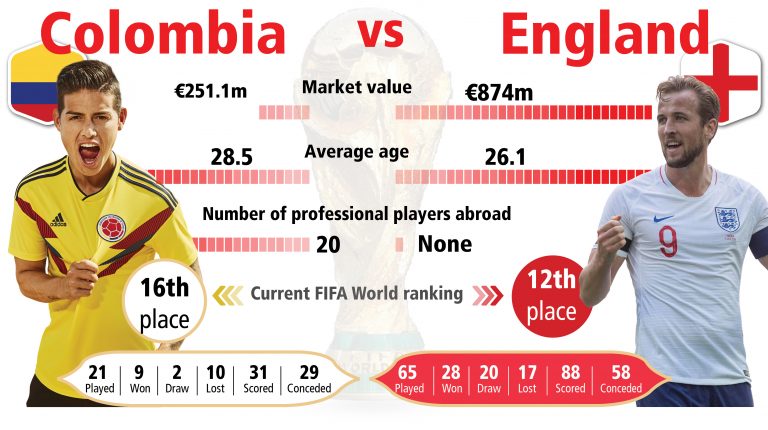 The line-up of the 2018 World Cup’s quarter-finals will be completed on Tuesday when England meets Colombia and Sweden faces Switzerland, in the round of 16 of the tournament in Russia.

Tuesday’s first clash will be a special European encounter between the Blue-Yellow Swedish and Switzerland at Krestovsky Stadium, both looking for a place in the quarter-finals.

Sweden played three games in the group stage without their star and top goal scorer, Zlatan Ibrahimovic; they managed to win two games and lost only one game to Germany. The Blue-Yellow scored five goals and conceded two.

Switzerland qualified to the round of 16 after ranking second in Group E with five points gained from one win and two draws. La Nati scored five goals and conceded two. Switzerland aims to continue their strong performance and go further in the tournament.

It will be a very balanced game given the absence of huge stars on both European teams.

The last match of the 2018 World Cup’s round of 16 will witness a strong clash between Colombia and England at Spartak Stadium. 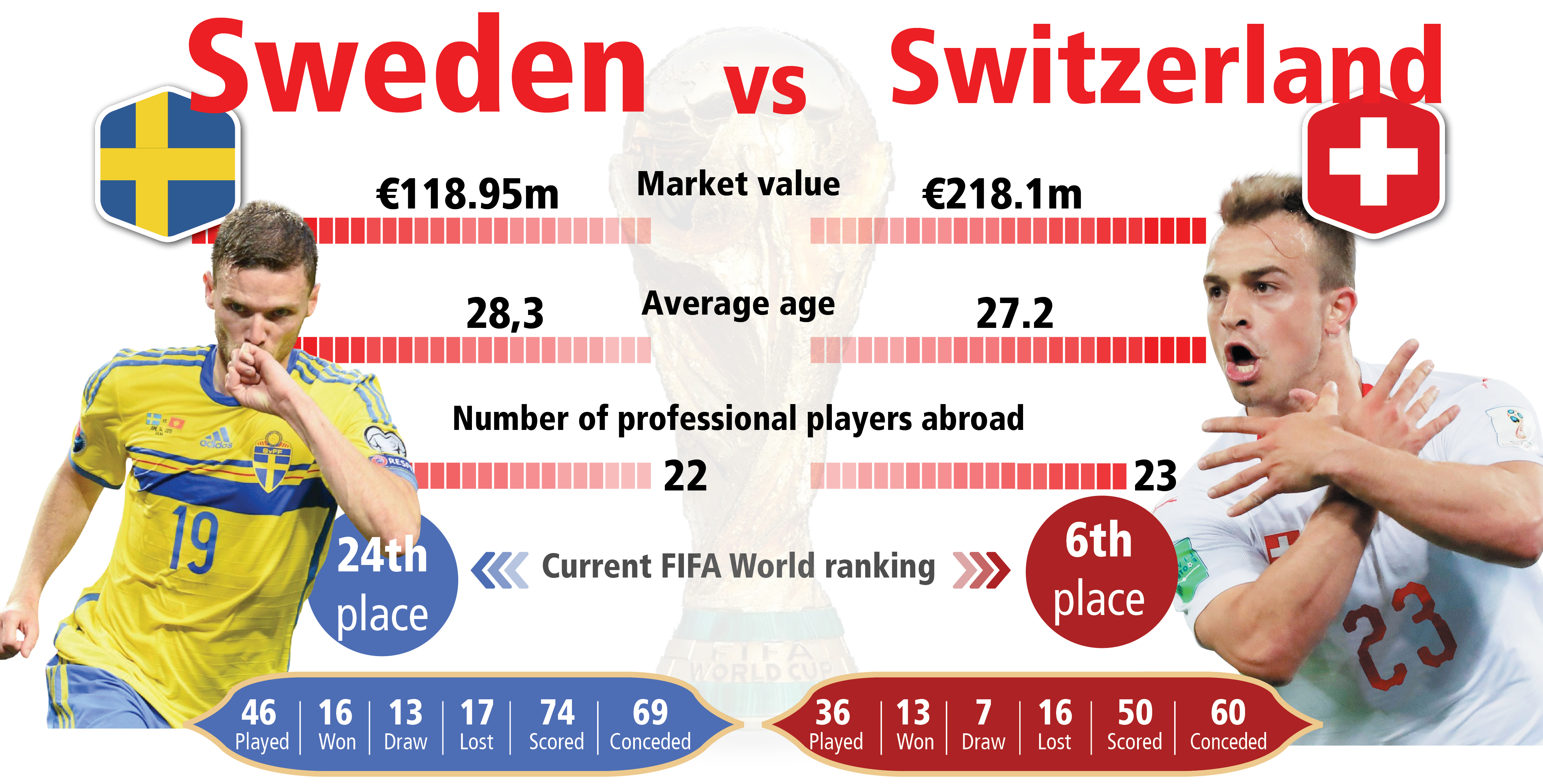 The Colombians, led by the prominent duo of James Rodriguez and Rademel Falcao, presented strong performances and finished on top of Group H with six points, surpassing Japan, Senegal, and Poland.

England, the 1966 World Cup winner, qualified for the second round after finishing second in Group G with six points collected from two wins and one loss. The Three Lions scored eight goals and conceded three.

The English team, led by Tottenham Hotspur star Harry Kane, aims to qualify for the quarter-finals to restore their international glory, which faded a long time ago, although the English Premier League is considered the most expensive and strongest local league in the world, which includes the best international players.

Kane aims to continue his lead in the race for the 2018 World Cup Golden Boot, but France’s Kylian Mbappe and Uruguay’s Edinson Cavani have fired themselves into contention, in a weekend that saw Argentina’s Lionel Messi and Portugal’s Cristiano Ronaldo crash out of the tournament.

On the other hand, Spain, which had been one of the favourites to win the 2018 World Cup, is heading home early after an unexpected loss on Sunday. The host nation, Russia, defeated La Roja on Sunday 4-2 on penalty kicks, after finishing 1-1 in 120 minutes, during the round of 16. Russian goalkeeper Igor Akinfeev was the hero, saving penalty shots from “Koke” (Jorge Resurrección Merodio) and Iago Aspas to pull off the shocker of the tournament and send the Iberians packing.

On the same day, Croatia edged Denmark on penalties in their round of 16 match on Sunday night. The Croatia-Denmark match was played in Nizhny Novgorod. The main time ended in a 1-1 draw. The score was opened in the first minute of the game by Denmark’s defender Mathias Jorgensen. Croatian forward Mario Mandzukic equalised in the fourth minute. Extra time also ended in a draw. Finally, Croatia defeated Denmark 3-2 on penalties to make it to the quarter-finals.

World Cup 2018: Ronaldo and Suarez set for round of 16 shootout