Egypt is a country with a history to be proud of. The country was once home to the leading minds in human civilization. Ancient Egyptians have been credited with the advent of the written word, literature, mathematics, and geometry. And then of course, there is the wonderful architecture that is admired the world over.

However, from being a country that led the world, Egypt is now lagging behind in certain areas, especially in the gambling industry. The country is predominantly Muslim, and as such, views on gambling are largely derived from the Quran, which takes a dim view on the practice. Currently, the only people permitted to gamble in Egypt are foreigners, and it is necessary to show your passport in order to gain access to one of the country’s many casinos.

Online gambling is illegal; however, it is not as widely regulated as in countries such as South Africa, who similarly ban online betting. Egyptian citizens are thought to regularly participate in online betting by using multi-national companies.

The national lottery and a limited form of sports betting is the only physical gambling available to Egyptian citizens. In this article, we have a look back at the laws regarding the practice in Egypt and question whether it is time that the government moves towards legalising gambling.

From the very beginning of time, there has been gambling amongst human civilizations in one form or other. In ancient Egypt, archaeologists have found several artefacts that point to the possibility of gambling in the country as far back as 2630 BC.

It is thought that ancient Egyptians first gambled on the throwing of coins in religious rituals, betting on whether the amount of coins thrown would be an odd or even number.This quickly evolved into betting on the outcome of board games.

Such artefacts have been discovered recently and closely resemble modern-day backgammon. Also, dice have been found at archaeological sites across the country, further suggesting that the inhabitants of ancient Egypt had a penchant for gambling.

For much of the first part of the 20th century, Egypt was a British protectorate state, and as such, laws regarding gambling were often derived from Westminster. However, in 1937, the Egyptian government passed the Penal Code laws, which took a tough stance on gambling.

The act strictly forbid the practice and stated:

“Whoever provides a location for gambling games (…) shall be punished with detention and a fine not exceeding one thousand pounds.”

As mentioned earlier, the government has since relaxed its views on gambling and opened 30 casinos in the country, exclusively for the use of foreigners. Furthermore, the national lottery and some elements of sports betting are available for the 90 million natives. 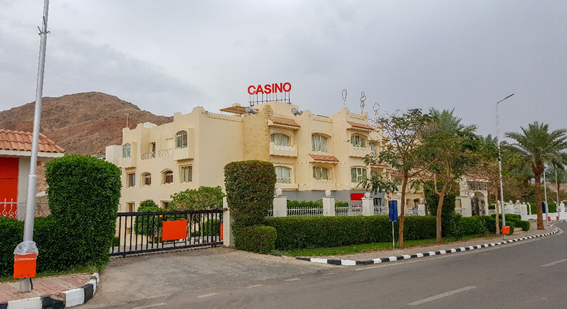 Critics of the government say that their stance on gambling is hypercritical and that they are happy to reap the tax benefits of casinos, taking 50% of land-based casinos’ annual earnings. Furthermore, all national lottery winnings are heavily taxed by the Egyptian government.

Whilst unregulated, online betting is still illegal in Egypt, yet many worldwide companies are happy to accept wagers from Egyptian citizens. The 2018 FIFA World Cup has seen a massive rise of online sports bets in the United Kingdom, with banking group Worldpay having processed 78 bets per second during England’s opening group game.

With Egypt featuring at this year’s tournament, the government has undoubtedly missed out on the potential tax revenues of such activity, as Egyptians frantically lumped money on their star player, Mohamed Salah.

Below is a brief overview of countries that have legalised online betting and how it has affected their economies and cultures.

Online betting has long been legal in the UK, and it is nigh on impossible to escape the all-dominating allure of the industry, whether in popular culture or in advertising. The industry is somewhat of a cash-cow for the government as well.

In 2017, the gross gambling yield of the industry was £13.9 billion, with over a third of that coming from the online sector. Gambling also provides over 100,000 jobs for people in the United Kingdom. When it comes to online gambling, the popularity of the industry is no doubt down to the range and quality of games, as well as the design and the uniqueness of the user experience they provide, as you can see at this UK online casino.

Despite being legal, the industry is heavily regulated by Theresa May’s government, and online betting companies are compelled to follow stringent laws regarding money-laundering and problem gambling.

The Stars and Stripes have long been associated with gambling, with Las Vegas, Nevada being seen as perhaps the home of gambling. Yet laws pertaining to gambling vary on a state-by-state basis.

Land-based betting is widely legal across the country; however, only four states in America currently allow legal online betting. Michigan was the latest state to follow in the footsteps of New Jersey by legalising the practice, and they are hopeful of reaping the economic rewards of that.

At the other end of the African continent, South Africa has an oddly confusing approach to gambling. The practice was first legalised in 1996 and has since been amended several times; however, online gambling remains strictly illegal and is heavily regulated.

Punters who choose to spend their money online in South Africa face the prospect of jail time and having their winnings confiscated by the government. However, there is a feeling in the country that the mood is finally changing and South Africa may soon take the step to legalise online gambling.

The future for Egypt?

Currently, the country seems to be stuck in a strange purgatory as far as gambling is concerned. Egypt is a Muslim country, and their religious teachings state that gambling is the handy-work of the Devil.

Yet casinos still operate in the country for foreigners and the national lottery is a heavily taxed industry, which presents a staggering hypocrisy for the government. If their stance is anti-gambling, then why is it available in some forms but not others?

If the government is happy to receive the tax revenues from casinos, then why are they missing out on the opportunity for further revenues by continuing to criminalise gambling? Both are interesting questions, which the government should definitely consider when the time comes to renew their stance.