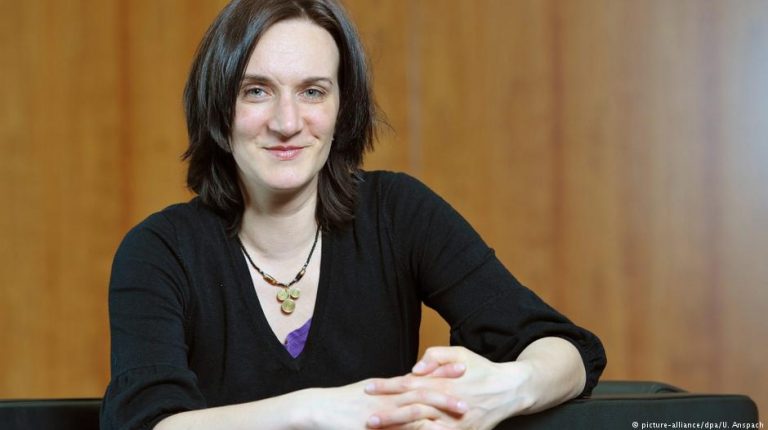 The jury praised Hungarian-born Mora for her writings that grapple with the defining topics of our day: migration, outsiders, and loss of homeland. It is one of the most prestigious prizes for German-language literature.The German Academy for Language and Literature announced Tuesday that Hungarian-born author Terezia Mora had won the 2018 Georg Büchner prize, which is considered to be the most important prize in the German literary world.

The Georg Büchner Prize is given to a German-language author “who has made a significant contribution to contemporary German cultural life.”

The academy highlighted Mora’s focus on current issues: “In her novels and stories, Terezia Mora focuses on outsiders and people who have lost their homelands, precarious existences and people searching for something. With these topics she directly hits the nerve of our era.”

The jury described her work as “powerful” and “intensively visual,” also praising it for its “iconic accents” and “analytical sharpness.”

Read more: The books, authors and controversy of the 2017 Frankfurt Book Fair

Mora was born in 1971 in Sopron, Hungary, and grew up speaking both German and Hungarian. In 1990, she moved to Berlin, where she still resides.

She made her literary debut in 1999 with the highly acclaimed Strange Material (Seltsame Materie), a collection of short stories.

Her most famous works include All Days (Alle Tage, 2004), The Only Man on the Continent (Der einzige Mann auf dem Kontinent, 2009), and The Monster (Das Ungeheuer, 2013), which was awarded the German Book Prize for the best German-language novel of the year.

Mora is a member of the German Academy for Language and Literature.

The Georg Büchner Prize is named after the author of the play Woyzeck, one of Germany’s most revolutionary stage dramas. The first prize was given out in 1923. It has been awarded by the Academy to an author writing in German every year since 1951.