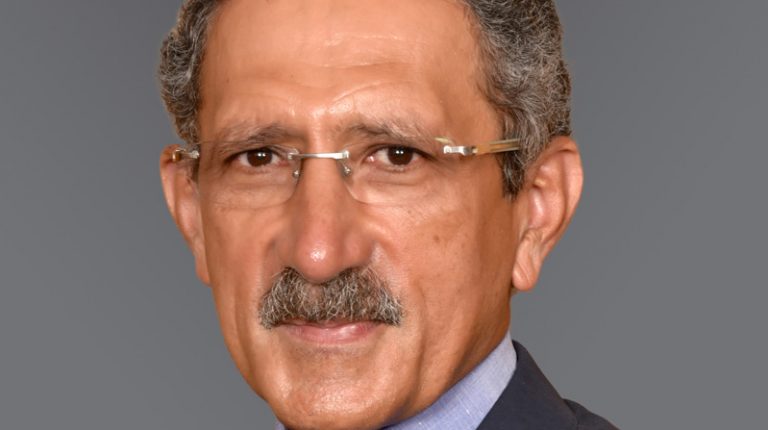 The American Chamber of Commerce in Egypt’ (AmCham) President Tarek Tawfik said that the American firms, including AmCham members, announced expanding their businesses, adding that the market is politically well receiving economic reforms, which is encouraging foreign investors to funnel money in in the country.

Latest period, the foreign investors who are already investing in the market are expanding their investments, as they closely look at new opportunities and improvements, while the next phase will witness new foreign investments including American ones.

Daily News Egypt sat down for an interview with  Tawfik and CEO of AmCham in Egypt Inc ,Hisham A Fahmy, discussed the latest updates of the economic cooperation with the US.

What do you think of Egyptian business climate right now?

Tawfik: There is no doubt that the Egyptian business climate is witnessing continues improvements. The latest unprecedented reform measures were designed to address the Egyptian economy’s chronic challenges as the increasing budget deficit and unfair subsidy system. The Egyptian authority pays great attention to gradually reform subsidies system and decrease the budget deficit, which were the main neglected problems facing the economy for years.

American businessperson and other global investors usually look at the country’s infrastructure, while setting their new investment plans. In the past, we suffered energy supplements shortage issue. However, by the end of this year we will double our electricity production comparing to four years ago solving the energy shortage issue enhances the investment credibility and offers guarantees for investors.

Egyptian pound flotation tackled the hard currency shortage, which was one of the major problems that faced all investors both global and local ones before November 2016. Now foreign currency is free traded, available everywhere and the parallel black market was eliminated.

Fahmy: I want to add that many companies, private equity funds await more details about the IPO’s to form a solid view of the programme.

Founding firms’ procedures, land allocation process and permissions needed to set up an investment, were very old problems, which we note the governmental exerted efforts to eliminate investment difficulties.

Obviously, boosting private investments is a positive step that highlightss a good message for the investors. IPO’s programme will offer the companies’ management more transparency and accountability.

As a result of the economic reform programme, inflation hiked to a historical record of more than 34% in July 2017 before it stabilized to around 11.5%y recently. We all know that inflation is expected to increase, as a result of the fuel subsidy reform, However, it is a temporary increase and it totally differs from the other kind of increasing inflation that results from supply and demand imbalances. I expect that inflation will increase by 3% or 4% in the coming couple of months, then it will reach a stabilized figure.

We all can notice business climate improvements; but what about other issues still need to be solved?

Tawfik: Look, any inflation records above 10% is considered a high figure, unemployment also is still very high, However, global investors do not look at the economic indicators devoid of watching the economic trend and comparing recent figures with past ones.

Unemployment, inflation is on a down trends, moreover, Egypt’s credit rating is continually  improving, which shows the country’s ability to pay back its debts with interests.

I see that the foreign investors positively assess the Egyptian business climate. Egypt is a huge consumer market itself, a regional hub as well, more than 100 million of Egyptian consumers need food, cloths, real estate unites, and others.

However, the Egyptian bureaucracy is still the main obstacle that faces investors. A big sign on that is that the informal sector represents about 40% of the economic activities in Egypt, as the investors escape from the governmental complicated procedure preferring to have their own informal economic activity. Investors do not want to dissent the rules, but they go on the easy way, which is considered the main challenge facing the governmental efforts to include the informal businesses in to the formal sector.

Off course the legislation reforms are a very important step towards enhancing the business climate to help the governmental employees to positively interact with the investors’ requests.

We had been to a hard phase to enhance the investment infrastructure as the main step to well begin on the right way. Maritime ports, road, airports, energy supplement are backbone for attracting investment. Simple and easy procedures will not attract investments without good infrastructure. I think that we well began the sectorial reforms.

announced moving its production lines from Dubai to Egypt, as it is considered as a low cost in terms of employing Egyptian staff, comparing to importing employees in Dubai and carry out their high costs of transportation, travelling, and subsistence.

P&G is expanding in localizing its production inputs and increasing its exports, while multi activity PepsiCo is expanding as well, as it has several brands many people do not necessarily realize all of them.

The Coca-Cola Company Egypt is a regional exporter of Coca-Cola formula, the company formula exports from Egypt are about $180m annually.

Petroleum is a very important sector, the biggest American investor in Egypt is Apache Corporation, which invested about $20bn over the past 20 years on oil and gas exploration. General Motors also is of the main American companies in Egypt working on vehicles.

Announcements of news investments are not American only, but also European companies and other nationalities. We were missing that remarkably increasing attention towards the Egyptian market.

The market is politically well receiving economic reforms, which is encouraging foreign investors to mull investing in.

During the latest period, the foreign investors who are already investing in the market are expanding their investments as they closely look at the new opportunities and improvements, while the next phase will witness new foreign investments including American ones.

We have seen many new foreign investments on the new energy, agriculture and land reclamation, real estate sector as well. We were encouraged to see new investments in the retail sector as they are responding, the needs of industry and internal trade.

How do you assess the latest knocking doors mission last March to US?

Tawfik: For the first time over years, we figured a positive output during the last visit, the international cooperation area always witnesses daily changes, ups and downs are normal matter, so next time we will put additional tasks to the schedule.

The USA is not one organization with the same priorities, but it includes several organizations with different priorities. We are committed to deal with all of them, we should not always agree on issues, but we try to have an intelligent dialogue based on respecting other points of view, which can make them rethink of their previous views.

Continues bilateral visits are very important. AmCham discussions always enjoy more credibility than the governmental ones as it expresses the business community views led by the free markets elements not the political directives.

We always hear about discussions with US to sign a bilateral Free Trade Agreement, what are latest updates on this file?

Tawfik: Last March we discussed the Trade and Investment Framework Agreement (TIFA), which is a bilateral agreement that might enhance discussions on the Free Trade Agreement in the future. We figured a positive direction on the TIFA discussions.

AmCham has other activities including trainings, employment fairs; would you please tell me more information about this side of activity?

Fahmy: Sure, we have our Career Development Centre (CDC), which offers its trainees acknowledged certificates from American institutions, moreover we have our soft training activity by our own instructors.

In terms of employment fairs, we have our recruitment centre, which organizes two employment fairs a year, one of them is in July, while the other one is in December. Last year we had about 5,000 applicants and 50 firms participated.

Tawfik: Our latest agreement with the Egyptian Stock Exchange is a remarkable sign on our credibility. The CDC enjoys a successful track record over the past years. Our training courses certificates are acknowledged in many foreign countries. Affiliation with international institutions as the main reason of the CDC’s success, which emphasizes governance structure and criteria match their high standards.

We expect to have new agreement with the franchise association following the association request. The CDC is not financially supported by the AmCham, profits cover its costs. The CDC is a cost-profit centre.

Local media reported that AmCham will organize a business mission to Egypt in October; which companies have you invited?

Fahmy: we organize an American trade mission to Egypt every two years; in October, we expect to receive regional directors of 50 American companies in collaboration with the AmCham in Washington DC and the US Egypt Business Council.

Many of the invited companies are already investing in Egypt, but getting the companies regional directors and closely discuss the opportunities and challenges will help better attract new investments.

Do you limit companies’ invitation in specific sectors?

Tawfik: It is a cross sector mission, we do not target specific sectors to be included in the visit.

Does AmCham play a role in encouraging companies to collaborate in frame work of QIZ?

Tawfik: what we do is to raise the awareness of working under QIZ and the offered benefits. However, it is a free market based on demand and supply factors. We know that many textile companies are benefiting a lot from this agreement. I think that leather industries will enjoy great benefits as well specially after Robeki city project.

How many members does AmCham include?

AmCham Egypt is the hub for about 1000 firms that are American or companies that collaborate with American companies. We have European, Asian, and Egyptian companies.

What about upcoming events? Who will you host from Egyptian officials shortly?

AmCham Egypt includes about 21 sectorial specialized committees, all of them organize regular events with Egyptian officials to closely discuss the sectors updates and legislation. Our committees are on a direct communication with the decision makers.

Moreover, AmCham has its monthly event, where we invite one of the ministers, now we have a new cabinet, thus we are preparing for meetings with ministers who were not changed and stayed in their posts. Hopefully, we will host the planning and administrative reform minister, Hala El-Said and Tourism Minister Rania Al-Mashat shortly.

How many reports does AmCham issue yearly?

Tawfik: We issue about five diversified annual reports including the national economy report, real estate, energy, and others.

Gas production in first four months of this year amounted to 24.6m tonnes