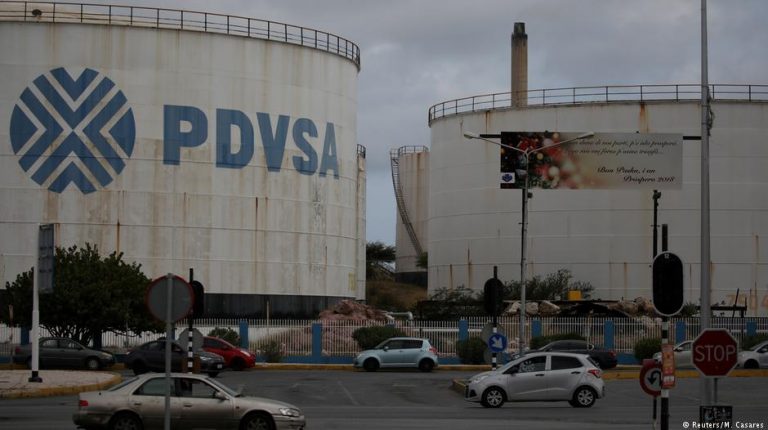 Venezuela’s oil sector will get a much-needed injection of cash from China, tightening Beijing’s grip on the country’s state-owned oil company PDVSA which is struggling to maintain deliveries to the Asian powerhouse.Venezuela would receive $250 million from the China Development Bank to boost oil production in the Orinoco Belt, the South American country’s Finance Ministry said in a statement on Tuesday.

The agreement was reached during ongoing talks between Finance Minister Simon Zerpa and Chinese leaders in Beijing aimed at shoring up production of Venezuela’s distressed oil company PDVSA.

“We’ve received the authorization for a direct investment of more than $250 million from China Development Bank to increase PDVSA production, and we’re already putting together financing for a special loan that China’s government is granting Venezuela for $5 billion for direct investments in production,” the statement quoted Zerpa as saying.

The South American country previously accepted a $5 billion loan from China, which became Venezuela’s principal financier over the last decade. The relationship has however cooled recently amid Venezuela’s economic crisis that saw oil production decline sharply.

Venezuela’s oil output averaged 2.9 million barrels per day (bpd) in 2013, but has dropped to around 1.36 million bpd now, according to data compiled by the International Energy Agency (IEA). IEA blames a mix of underinvestment, theft, a brain drain, and lack of equipment for the slump.

As a result, state-owned oil company PDVSA is struggling to send oil shipments to China. The Asian economic powerhouse has pumped more than $50 billion into Venezuela’s coffers through oil-for-loan agreements that helped Beijing secure energy supplies while bolstering the leftist government in Caracas.

But about three years ago Beijing halted its flow of cash when Venezuela asked for a change of payment terms amid falling oil prices. The situation in Venezuela’s oil sector worsened earlier this year as US oil major ConocoPhillips won court orders allowing it to seize assets of PDVSA on Caribbean islands, including Curacao. Conoco was granted a $2 billion arbitral award linked to the 2007 nationalization of Conoco assets under late leader Hugo Chavez.

Current Venezuelan leader Nicolas Maduro has vowed to boost production by 1 million additional barrels, but critics rather expect output to plummet to 1 million bpd by the end of 2018.