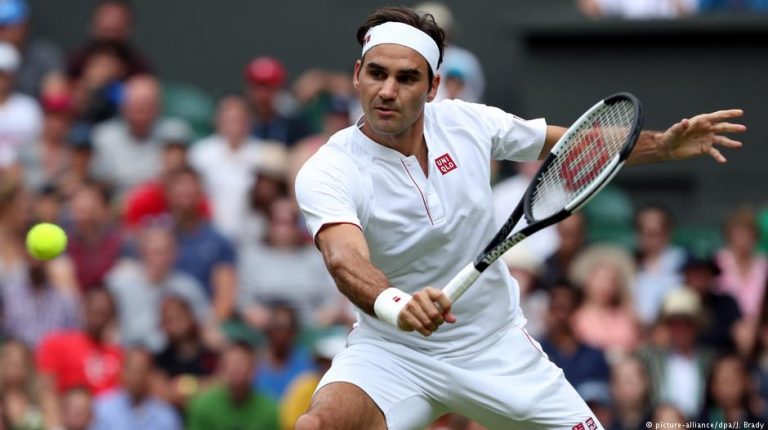 While the football World Cup dominates the sporting headlines at the moment, Roger Federer and Serena Williams continue to make their own headlines at the 132nd edition of Wimbledon.Even though it was just the second round, Roger Federer looked as good as he ever has on the grass of Wimbledon. The 36-year-old made quick work of Lukas Lacko, winning 6-4, 6-4, 6-1 in a match that saw the Swiss make only 11 errors.

In just 90 minutes, Federer won 35 consecutive points on serve. The Swiss completed 75 percent of his first serve and has now won 26 consecutive sets at Wimbledon following on from his win last year.

Despite having won 20 Grand Slams, the 36-year-old’s desire to win remains evident. Opting out of the grueling clay court section of the season has proved a smart move as the Swiss looks fresher on his favored grass surface.

His backhand was majestic, his movement more becoming of a younger man and his shot variety impressive. Lukas Lacko was left with no chance. It’s probably too early to say whether it’s enough for to seal what would be his ninth Wimbledon trophy, but he continues to be in the conversation and that is a sign of his class.

It’s the same class Serena Williams wields. Also 36, Williams has impressively retained her power in the later stages of her career and continues to look dominant on court despite having recently given birth to her first child. Williams had only played three tournaments before this one since becoming a mother, but the seven-time champion played as if she were almost annoyed she wasn’t considered the favorite this year.

With 23 Grand Slam titles, Williams is never really far from the favorite tag. Having overcome the first round, Williams stepped into her stride against Bulgarian qualifier Viktoriya Tomova. The first set was over in 24 minutes. Williams’ hitting was clean and her movement notably improved from only a few days before. The second set required more fight as Tomova battled, but Williams was, as so often is the case, not to be denied. After 66 minutes, Williams won 6-1, 6-4.

Like Federer, the privilege is in watching Williams not about the winning. But so often their quality has led them to glory, and even in 2018 at Wimbledon that remains a distinct possibility for both of tennis’ greatest players.

Flying ants threatend to disrupt the action for some players, notably Caroline Wozniacki. The second seed complained about the nuisance the ants were causing and perhaps suffered as a result because she lost to Russia’s Ekaterina Makarova 4-6, 6-1, 5-7. In an incredible match that saw Wozniacki save five match points and come from 5-1 down in the third, Makarova finally recovered to seal a huge upset.

Five-time Wimbledon champion Venus Williams came back after losing the first set to reach the third round. Germany’s Julia Görges made the third round after winning in three sets, but it was Jan-Lennard Struff who stole the show for German tennis. The 28-year-old came from two sets down to beat Ivo Karlovic 6-7, 3-6, 7-6, 7-6, 13-11 in a match that lasted nearly four hours.