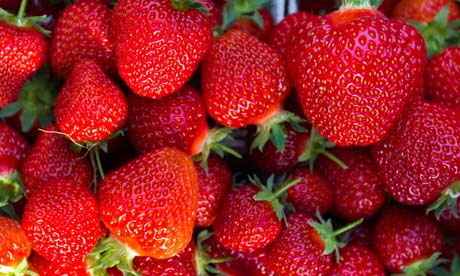 The European Commission issued a decision to cancel additional tests on Egyptian strawberries, which was initially applied, according to a press statement on Wednesday.

The Agriculture Export Council (AEC) said in a statement noted that the decision came after the reassurance of the European Union on the safety measures taken by Egypt, during the last period to ensure the safety of Egypt’s fresh strawberry exports, in light of the joint ministerial decision of the Ministry of Commerce and Industry and the Ministry of Agriculture and Land Reclamation number 670/ 2017 concerning the AEC control system.

For his part, Abdel Hamid El Demerdash, chairperson of the AEC, explained that the implementation of the joint ministerial decree on fresh strawberries exporting has contributed to the presence of control over the agricultural operations on the product during the stages of agriculture and packing, to ensure that right procedures are followed.

In addition to, make sure of using safe pesticides, which has contributed to a significant reduction in the number of refusals for fresh strawberries exported to Europe from 15 cases, last season to only one case this season.

He added that the efforts of the AEC will continue to improve the agricultural production and export system, as means to improve quality and safety of exported products.

The Egyptian exports of strawberries registered 28,000 tonnes, since the beginning of the current export season 2017/2018, till the end of May this year, of which nearly 11,000 tonnes were sent to EU countries worth about $63m.