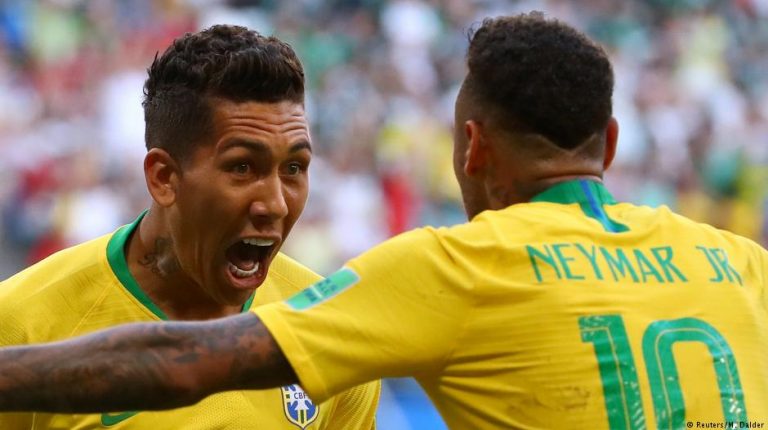 A golden generation takes on the World Cup’s golden boys when Belgium meet Brazil in Kazan. It is a clash that pits the best attack against the joint-best defense as both look to progress to the semifinals.Brazil’s legacy at the World Cup is built on stylish attacking football and technically-gifted individuals. In the current rendition of the summer showpiece event though, the five-time winners have been more concerned with defense than attack.

Read more: Germany getting knocked out was good for Brazil

Their use of a zonal marking strategy has seen them face just five shots on target in four games.

“We don’t mark individually. You don’t run around and mark each player. We aggressively mark each sector of the pitch, which is why we block so many shots and so many crosses,” added the coach, who is to hand center-back Miranda the captain’s armband as part of his rotation policy.

Tite’s charges have conceded just one goal so far in Russia, fewer than any other side apart from Uruguay, but free-scoring Belgium will give their back line a thorough test when the teams meet in Kazan on Friday.

The Red Devils have netted 12 times in Russia, more than any other side, and became the first team to come from two goals down in a knockout-stage match to win for 48 years as they beat Japan 3-2. That being said, head coach Roberto Martinez knows his side will have their hands full with Neymar and Co.

“There is no margin for error. If we give Brazil a chance, they will take it,” Martinez said. “I think it will be the match of the tournament. We know what we are capable of but Brazil are the favorites. It’s a dream match for our players, they were born to play in a game like this.”

Eden Hazard, Kevin De Bruyne, Romelu Lukaku et al are seen as Belgium’s golden generation, their best hope of ending their 32-year absence from the semifinals of world football’s most prestigious competition. If they can unlock Brazil’s backline and keep Neymar and Co. quiet, this may indeed be their time.