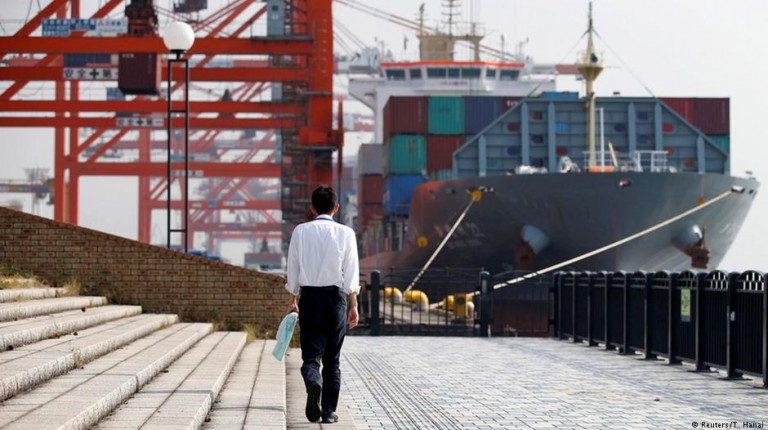 European member states have given the go-ahead for a free trade deal with Japan, the world’s third-largest economy. Brussels said the agreement was sending “a very powerful signal against protectionism.”EU governments on Friday threw their weight behind a free trade deal with Japan, paving the way for the agreement to be signed next week at a bilateral summit in Brussels.

The deal will be the biggest free trade accord ever signed by the European Union. The agreement will unite around 600 million people, representing about one-third of global trade.

EU officials said the accord would lead to the removal of all but a handful of tariffs between the two sides and aimed to boost economic growth and job creation.

Responding to earlier criticism from consumer protection groups, Brussels insisted the deal would not result in the deregulation and privatization of public services such as water management and waste water treatment.

The deal, which comes at a time when US President Donald Trump is spearheading an “America first” agenda, “sends a very powerful signal against protectionism and for the rules-based international order,” an EU official told the DPA news agency on condition of anonymity.

The US had imposed higher tariffs on steel and aluminum imports. Washington is now mulling a similar move for the automotive sector, with the EU and Japan to suffer considerably from higher duties on cars.

EU member states also approved the signature of a strategic partnership agreement with Japan to boost cooperation in a range of areas including security, defense against cybercrime, energy and climate change mitigation.