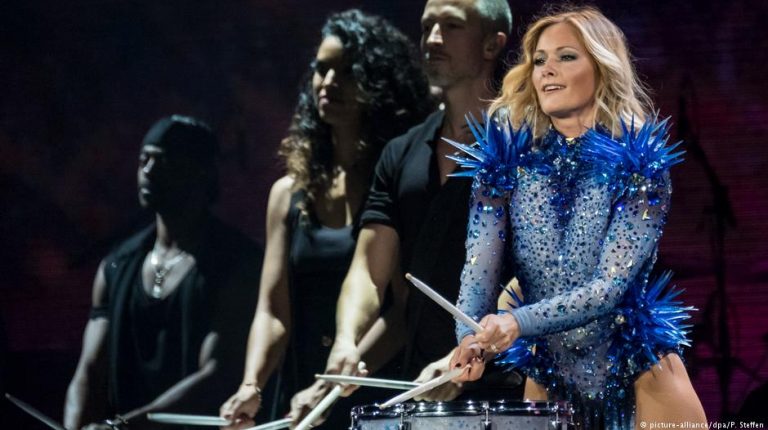 Helene Fischer is the ultimate German pop queen, wildly successful nationwide. Should anyone plan to sell decals or compression hosiery using her name, they better think twice — her name is registered as a trademark.Like many German musical artists, popular German entertainer Helen Fischer patented her name with the German Patent and Trademark Office (DPMA) — first in 2010 and again in 2015. The entries protect her name through mid-2019, and the singer has the option to extend the trademark protection.

Xavier Naidoo, Rammstein, Die Toten Hosen and Udo Lindenberg — they, too, have registered their artist names with the DPMA to protect their music, fan merchandise and various additional products sold under their logo or name. In the case of Helene Fischer, that includes toilet lid covers and fishing equipment.

Virtually unknown in the US, Helene Fischer is the uncontested queen of what Germans call Schlager music — basically pop music sung in German. Russian-born Fischer regularly sells out huge arenas, has sold millions of records and currently heads the official German album charts with her recent album Helene Fischer.

Her trademark protection includes toiletry products, electronics, jewelry, sporting goods and furniture. The singer isn’t necessarily about to offer merchandise under her name in those sectors, but she certainly doesn’t want anyone else to so, either.